Rejected Designs for the European Flag

In light of the recent presidential election in France–whose results further reflect the deepening political polarization throughout Europe and the Western world as a whole–we thought that Rejected: Designs for the European Flag would be a timely choice for this month’s installment of our Surprise Subscription. 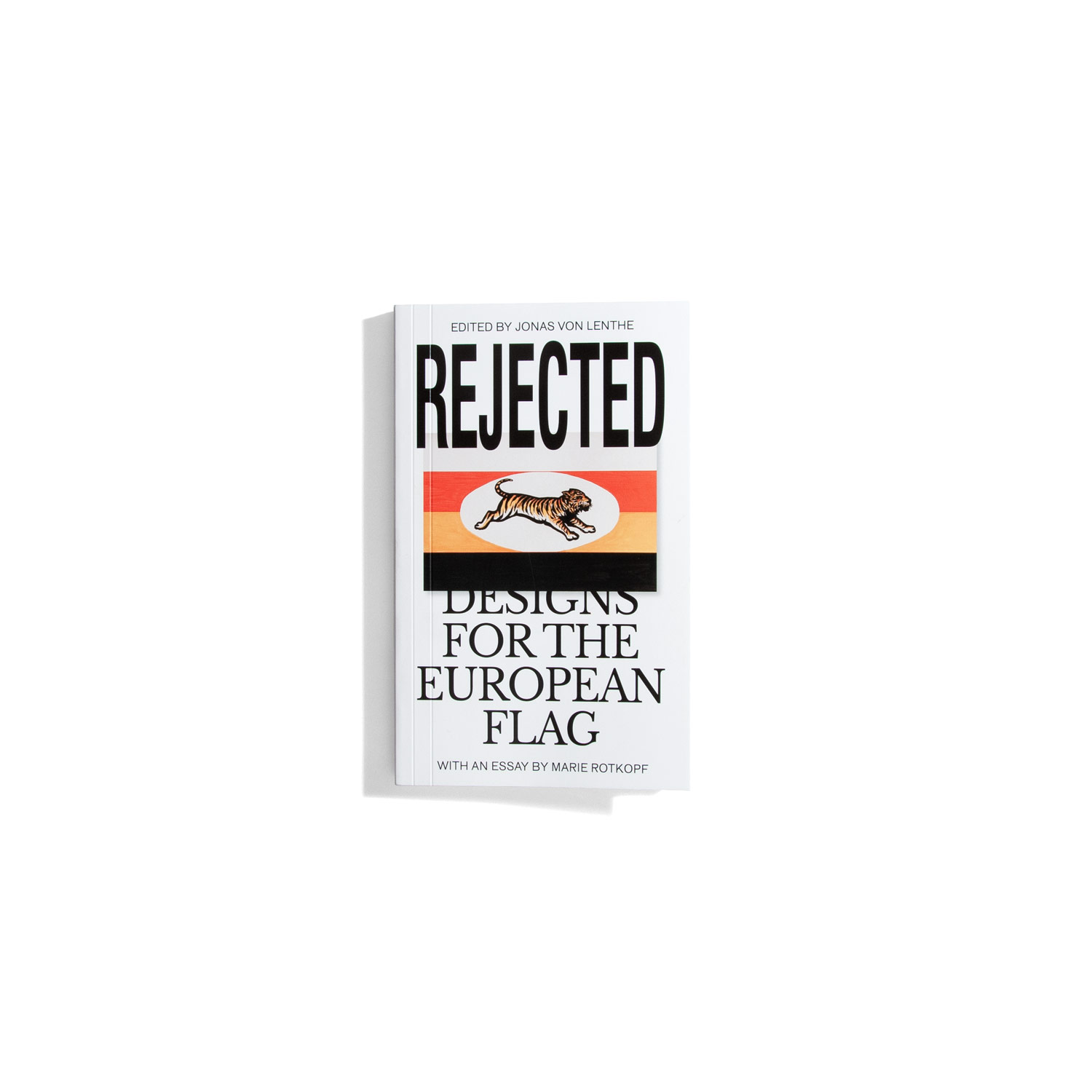 As you can probably guess, Rejected gathers the various proposed designs for what would later become the European Union’s flag inside a simple but elegant book, providing us with multiple historical, aesthetic, and global perspectives on the different ways in which Europe might be visualized within a single image. In an even more interesting twist, these designs date back to 1955, when the Council of Europe–which had been established only in the aftermath of World War II–met in Strasbourg to discuss a visual identity for what would hopefully be a new and more peaceful world.

But what a task! And much like the European Union itself, an inherently confusing one at that. Should the focus have been on the idea of peace and cooperation, as one unidentified image with shaking hands emphasizes? Should each nation’s flag have been incorporated into a larger flag to celebrate a dawning era of trans-national patriotism? Why not a flag with multiple gigantic “E”s? And who in their right mind voted down the idea of the joyful galloping tiger–the clear winner among the lot, and the image that graces the cover of the book?

Rejected closes with a provocative essay by the German author Marie Rotkopf about the current state of the European Union and how its ideals have been corrupted in the pursuit of economic growth–a fittingly combative tone to close a book that is constructed on ideas of what could have been concerning a place that may very well not be. Given the book’s rich cultural and political content, we thought it would be worthwhile to ask its editor Jonas von Lenthe a few questions about what these rejected flag designs actually represent and how they fit into the EU’s current social landscape:

Rejected is a unique book both in subject matter and content. When did you first come across these unused flag designs, and what motivated you to publish them?

Thank you. I became interested in the EU flag around 2016. Back then I noticed that the 12 yellow stars on a blue background started to appear more and more in urban and fashionable contexts: hipsters in cafes in Berlin would have it as their Iphone background image and I couldn’t quite grasp the political statement behind these gestures. This became most evident when König Galerie started to sell their EUnify hoodie in 2017. I wanted to find out why this symbol was so adaptable in these contexts. It was this curiosity that made me invest in the history of the flag in order to get a better understanding of its use and meaning. I found out that numerous flag designs had been submitted to the Council of Europe and were rejected, so I sent an Email to the Council’s archive to ask if I could have a look at those refused proposals. I got a mail back with great news: their archive had recently been digitalized and I could access them through their online archive. It was clear to me that this had to be published – the material is so accessible and at the same time tells such a complex history. 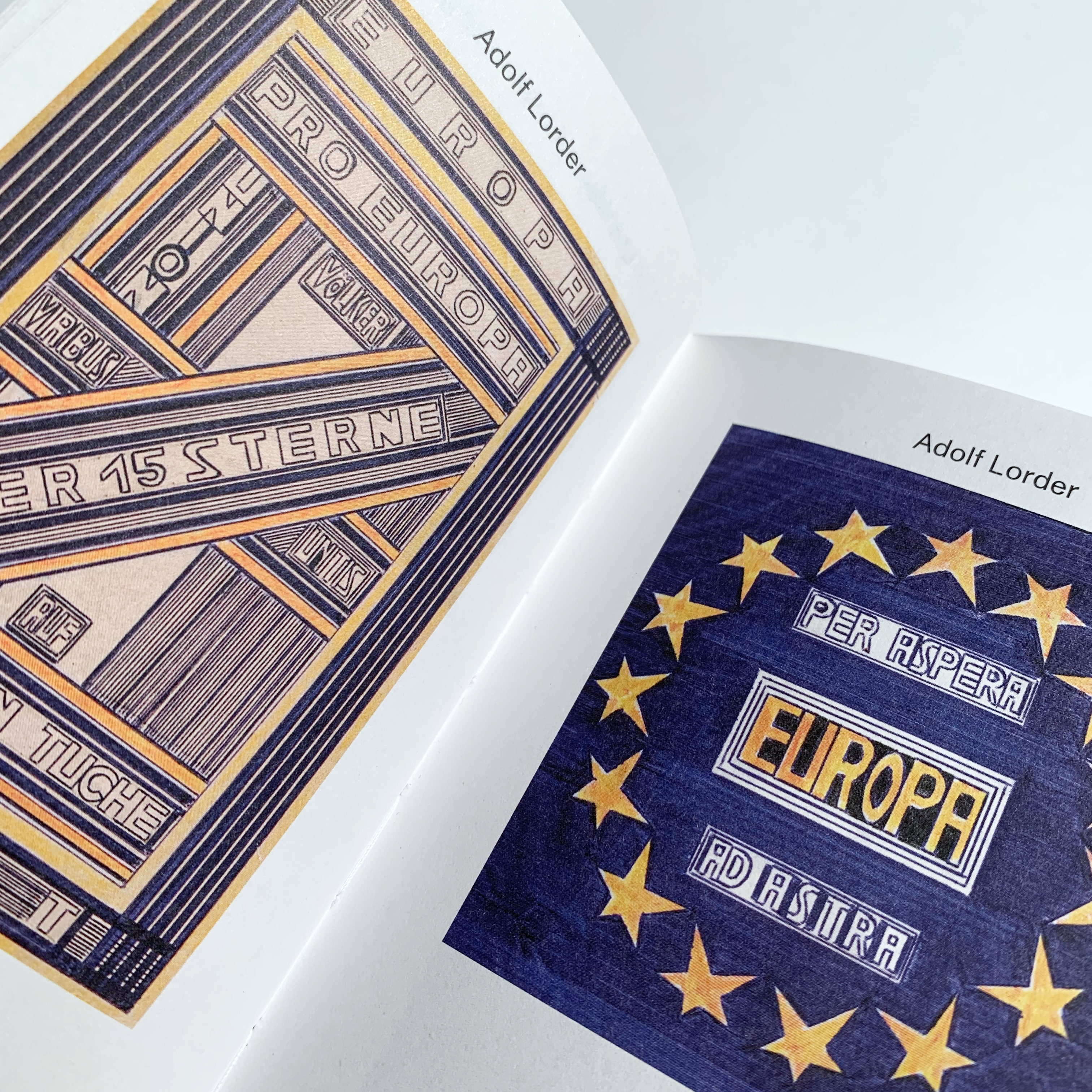 What do you think flags are supposed to represent, and what purpose (or-non-purpose) do you think they serve? Is there a difference between a flag and, for example, a corporate logo?

Flags are imperialist tools. They are used to mark territories and are crucial in the process of nation building (together with the national anthem and the state currency). It is interesting, however, that you bring up the comparison with the corporate logo in this context. Because the EU flag was not used to “build a nation”, but rather to brand another political order  – that of a supranational union – besides the already existing nation-states. In this way the EU flag’s function is comparable to that of a corporate logo: it made the idea of a united Europe visually distinguishable and competitive vis-à-vis a national order for the first time, marking the beginning of a campaign of persuasion and advertising for its own cause that continues to this day.

As you are a designer yourself, what technical or conceptual difficulties do you think someone might encounter when creating a flag?

Salvador de Madariaga, a diplomat who submitted a proposal as well, summed up well the difficulty of designing a flag, because it has to include two contradicting features. In his letter to the Council of Europe he writes: “It should both express the unity and the variety of the continent”. 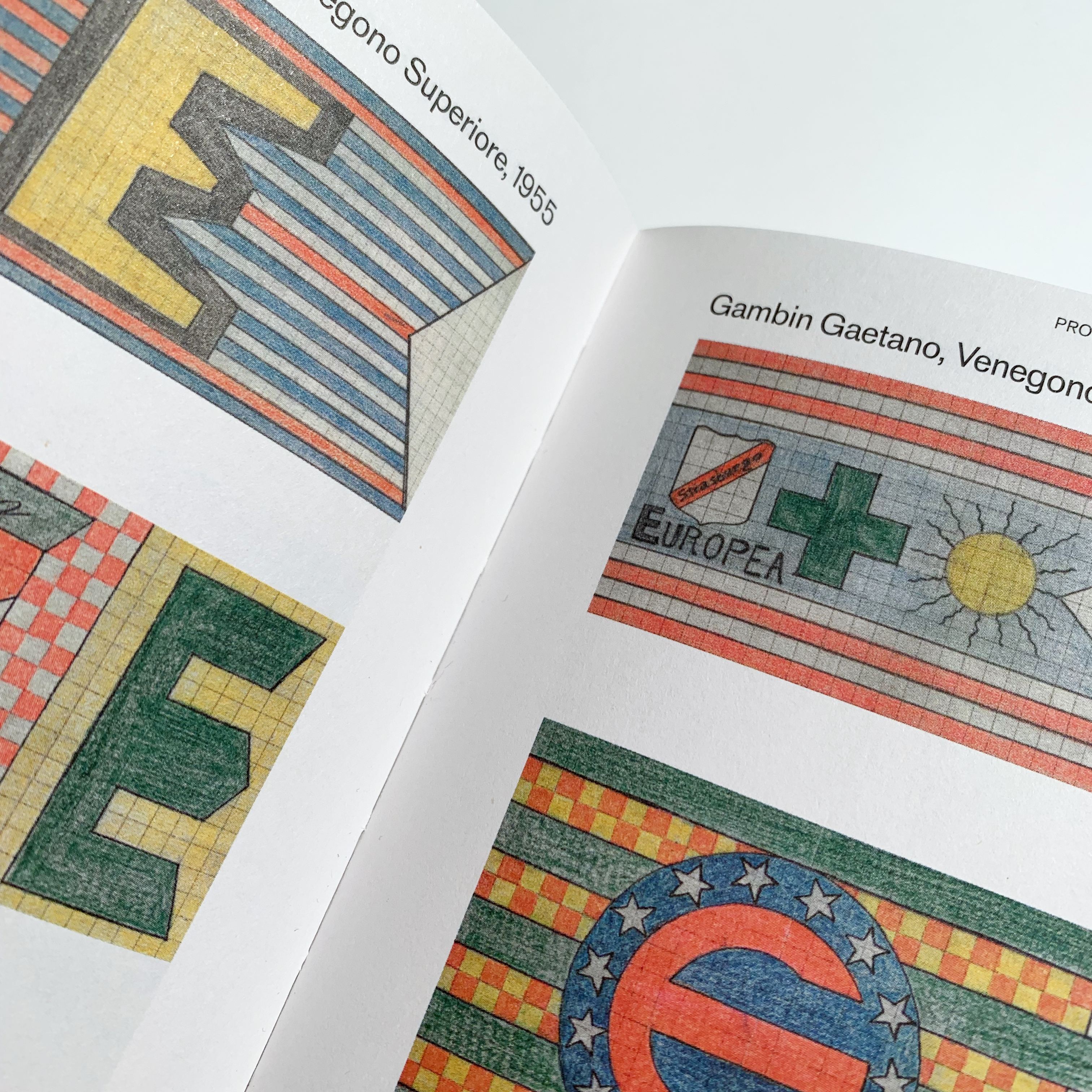 Do you think the current design of the European Union’s flag is successful? Is there a rejected design that you prefer among the others that were not selected?

I think the current flag definitely has good branding qualities. But there are so many great designs amongst the rejected ones! There is one water color drawing (p. 49) that features all European national flags of that time, including Eastern European countries such as Czechoslovakia, Bulgaria and that of the GDR. It’s very colorful and looks like a children’s drawing. I love the circus atmosphere.

All of these flag designs come from the 1955 Council of Europe and the EU has existed for decades now. Why did you decide to publish Rejected in 2020?

My own investigation into the flag started, as I mentioned, already in 2016. The so-called “Greek government-debt crisis” was fully going: EU-imposed austerity programs were producing a serious economic and humanitarian crisis in Greece. 2016 was also the year in which the UK held its referendum on whether to leave the European Union. All these inner conflicts of the EU as well as its problematic border politics became even more evident with the time. I published the book in 2020 hoping to contribute to a critical self-reflection on our current state by looking at the history; the colorful designs seemed to be the perfect medium for this as they highlight the potential to participate in shaping the community we live in. 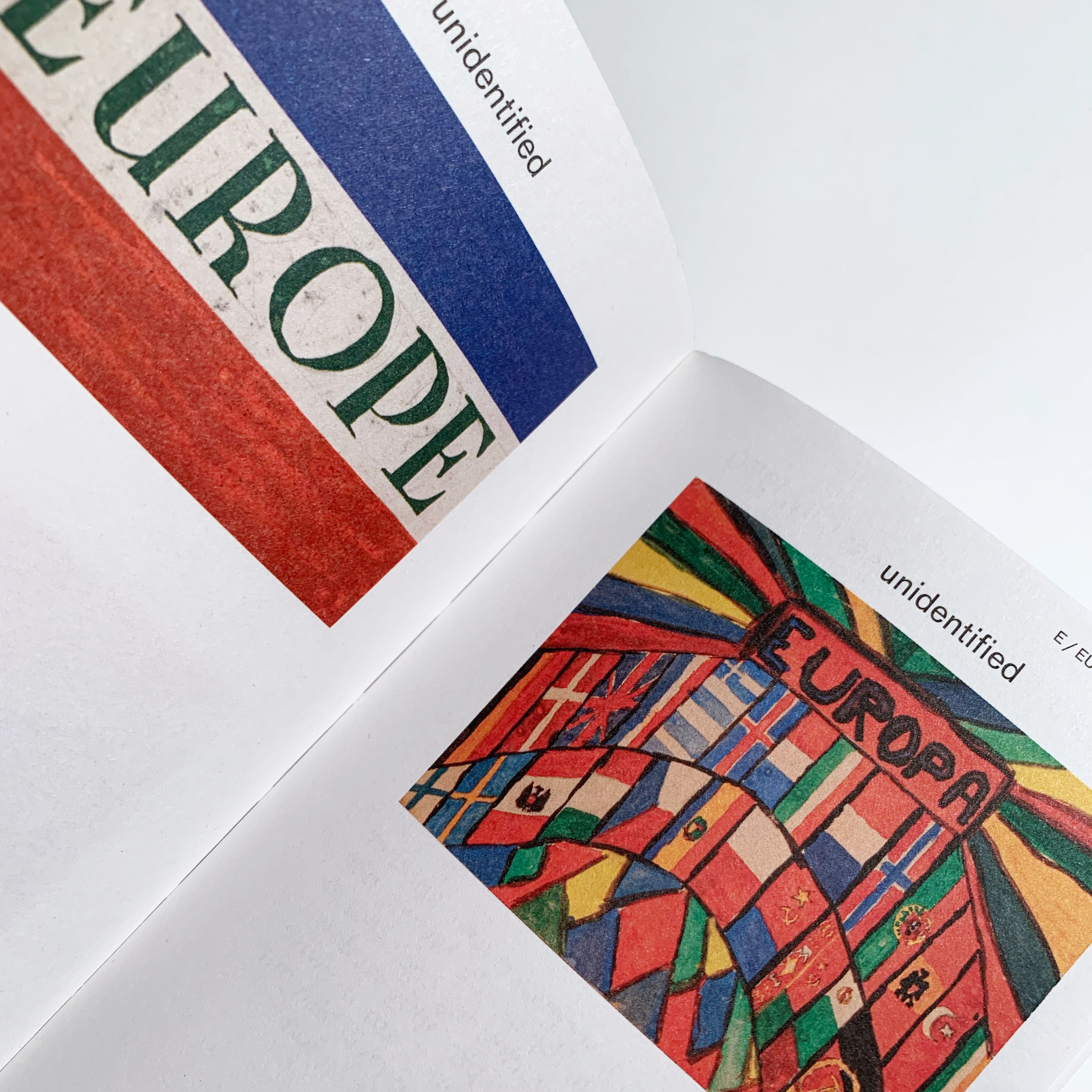 What do you think the future holds for the EU (from a non-design perspective)?

Frontex must be abolished for a future to be possible.