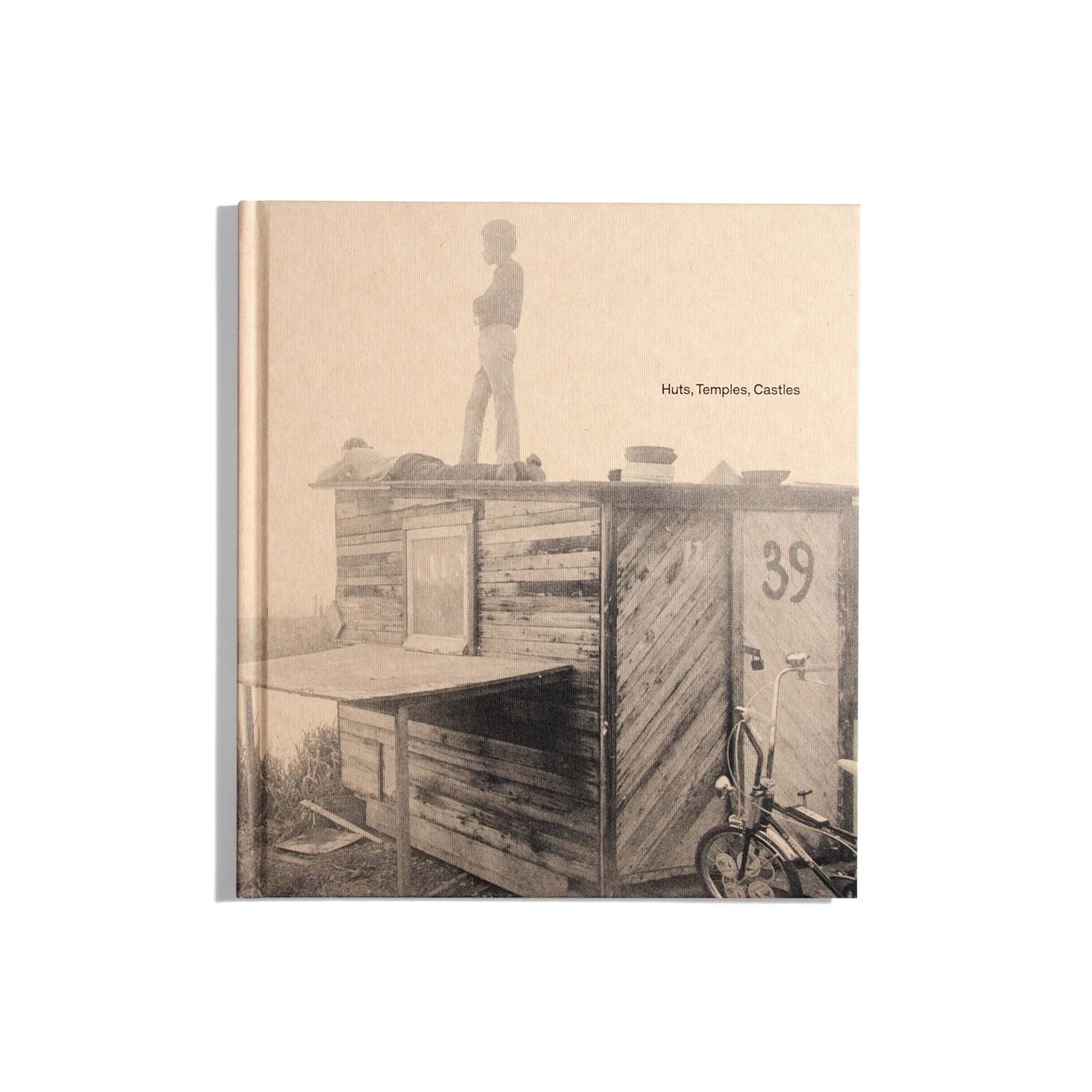 In the wake of the Second World War, aiming to occupy the children rampaging streets and parks, the City of Amsterdam founded Jongensland, a space where boys (and the occasional, officially disallowed girl) could play, build, create, and destroy, largely without supervision. Located on an island accessible only by rowboat, Jongensland grew into a sprawling settlement built experimentally from scrap materials by its young inhabitants. Here, children would cook food, raise animals, build fires, and trade with each other. Without adult intervention, they relied on shared resourcefulness and collaborative ingenuity. In 1969, when the architectural photographer Ursula Schulz-Dornburg moved to Düsseldorf with her two young children, she discovered Jongensland the other side of the border from Germany’s strictly regulated playgrounds. Fas­cinated by the improvised buildings where her children would play, she made extensive photographs capturing them being constructed, used, demolished, and reshaped. Her images capture an intuitive architectural intelligence and capture a genre of vernacular construction with its own conventions and inno­vations, one which illuminates the role of imagination in defining a building’s identity and purpose. This book presents Schulz-Dornburg’s largely unseen series alongside an ex­tended alongside an extended essay by architectural historian Tom Wilkinson reflecting on the architectural themes and lessons Jongensland continues to offer.