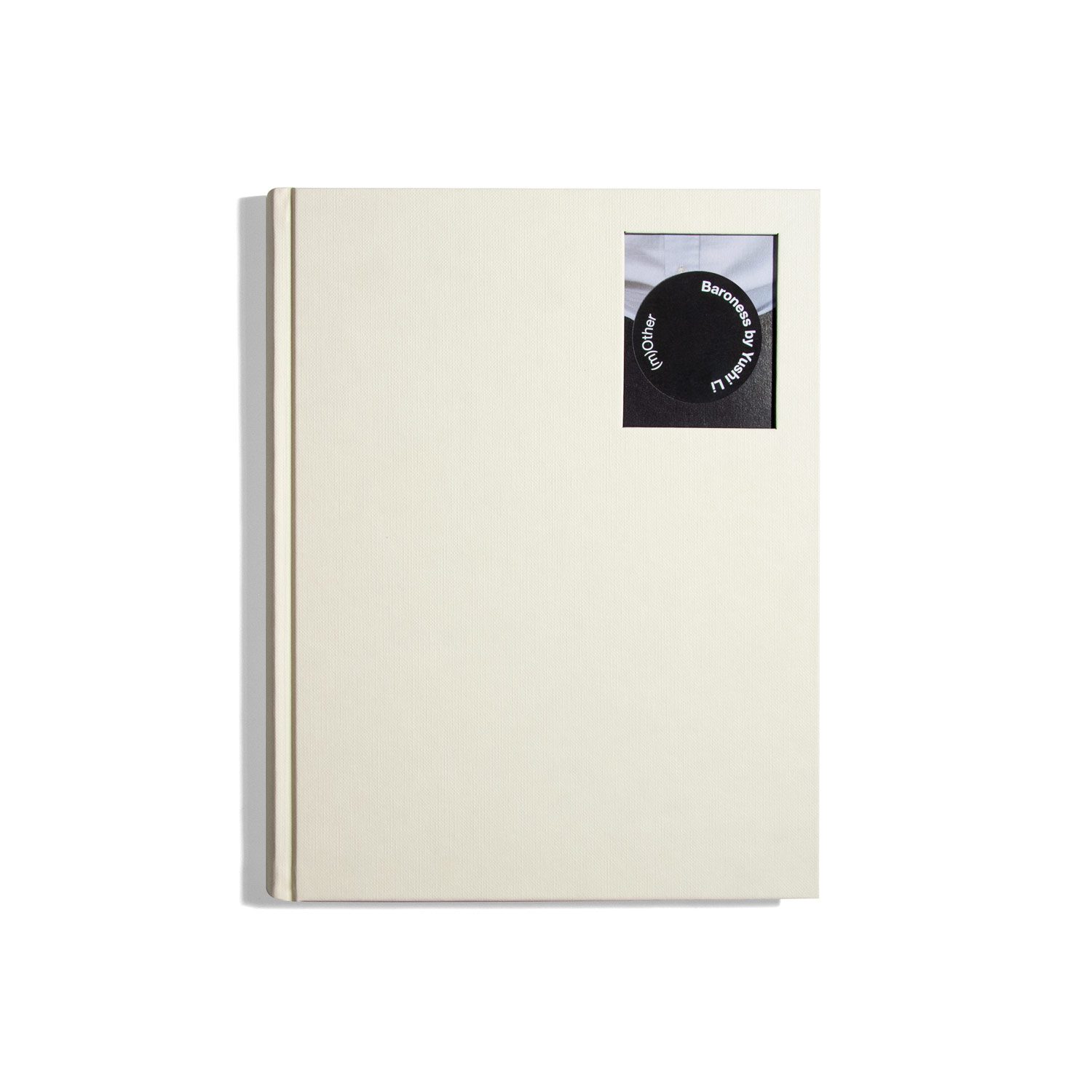 For the third edition of Baroness, photographer Yushi Li takes us on a journey of desire, fantasy and looking, through a photographic study of the male body. For Li’s debut book cover, the photographer has chosen a photograph of a penis. In a heteropatriarchy, where men are represented in the media as big and strong, here the penis is small, flaccid and trapped, presenting a playful, slightly violent, but gentle and almost comical gaze. The naked male bodies in Li’s works are not intended for consumption. Instead, the male body is represented in its relation to other elements in the frame, which always involves a staging of a scene, a fantasy. The domestic space and the mundane activities in the works, invite the viewer to see beyond the naked body. The man in her images is the phallus, the signifier of desire – the desire of the (m)Other. Li’s portrayal of the body is a condensation of the imaginary: the unknown paternal and maternal body– and the fantasy of the absent (m)Other. Throughout the book, Li questions the gaze through different works. ‘My Tinder Boys’ is a set of photographs of naked young men in their kitchens — always soft-fleshed and flaccid, mostly gazing off-camera. ‘Your Reservation is Confirmed’, further develops ideas around consumption and satisfaction. Rather than Tinder, this time it’s Airbnb — a hook-up App for houses. Each image takes us to a new room, in a new house, occupied by a new naked man and often Li herself, fully clothed, engaged in some kind of leisure activity.