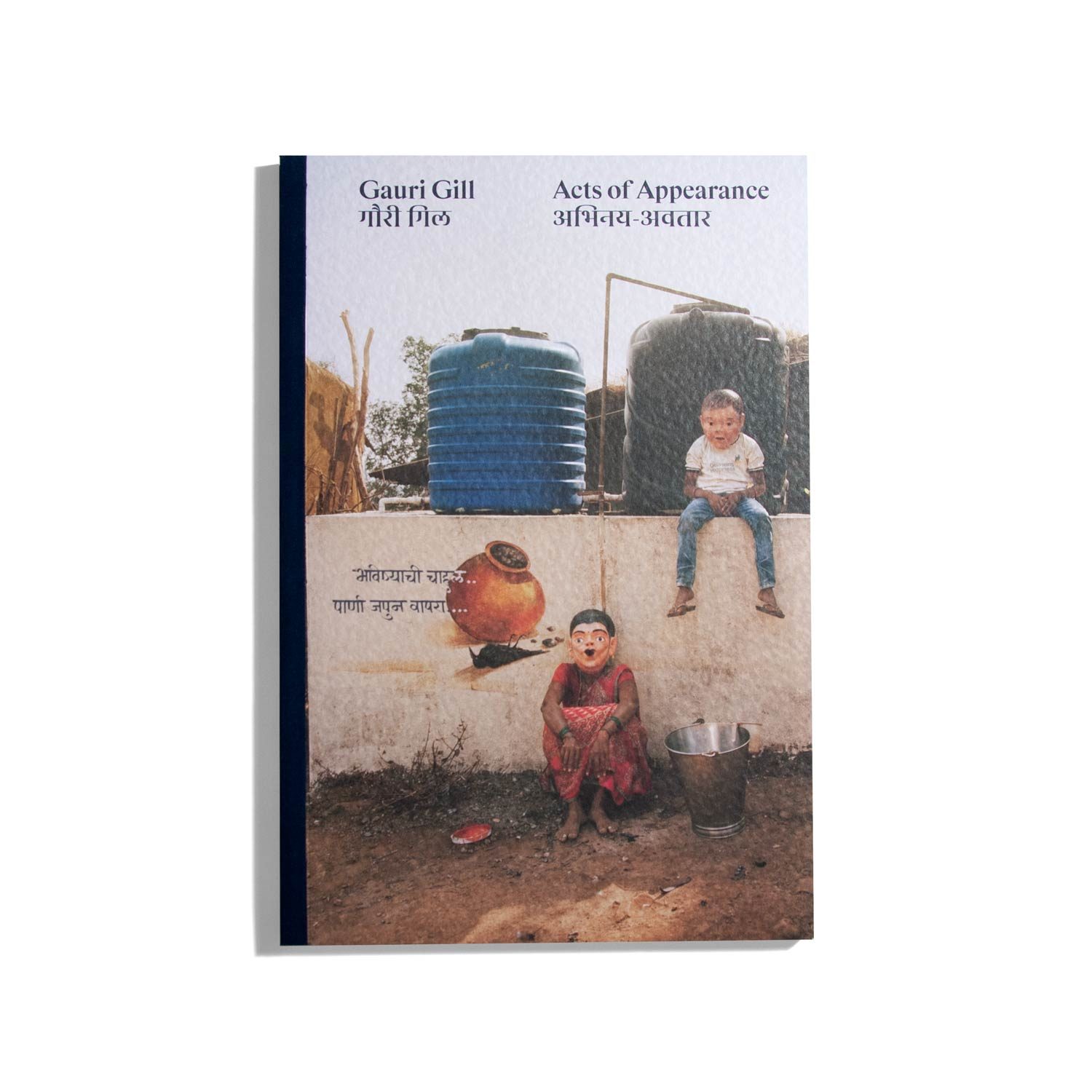 A community project initiated by the renowned Indian photographer with Adivasi papier-mâché artists from the Kokna and Warli tribes in Palghar district, India. Acts of Appearance assumed its form within a village of Adivasi papier-mâché artists from the Kokna and Warli tribes in Palghar district. Further inland from Dahanu, it is one of the most impoverished districts in Maharashtra, India. Gill’s collaborator-subjects are renowned for their papier-mâché objects, including traditional sacred masks made for the yearly Bohada procession. In these pictures the artists as well as other local volunteers engage in everyday village activities while wearing new masks, made by them expressly for this body of work beginning in 2014. The new creations depict living beings with the physical characteristics of ordinary humans, commonplace animals, or valued objects. A range of scenarios and narratives, situated in both “reality” and dreamlike states, come together in the photographs, which simultaneously portray symbolic or playful representations as well as the familiar experiences of community members against the backdrop of their home and culture.