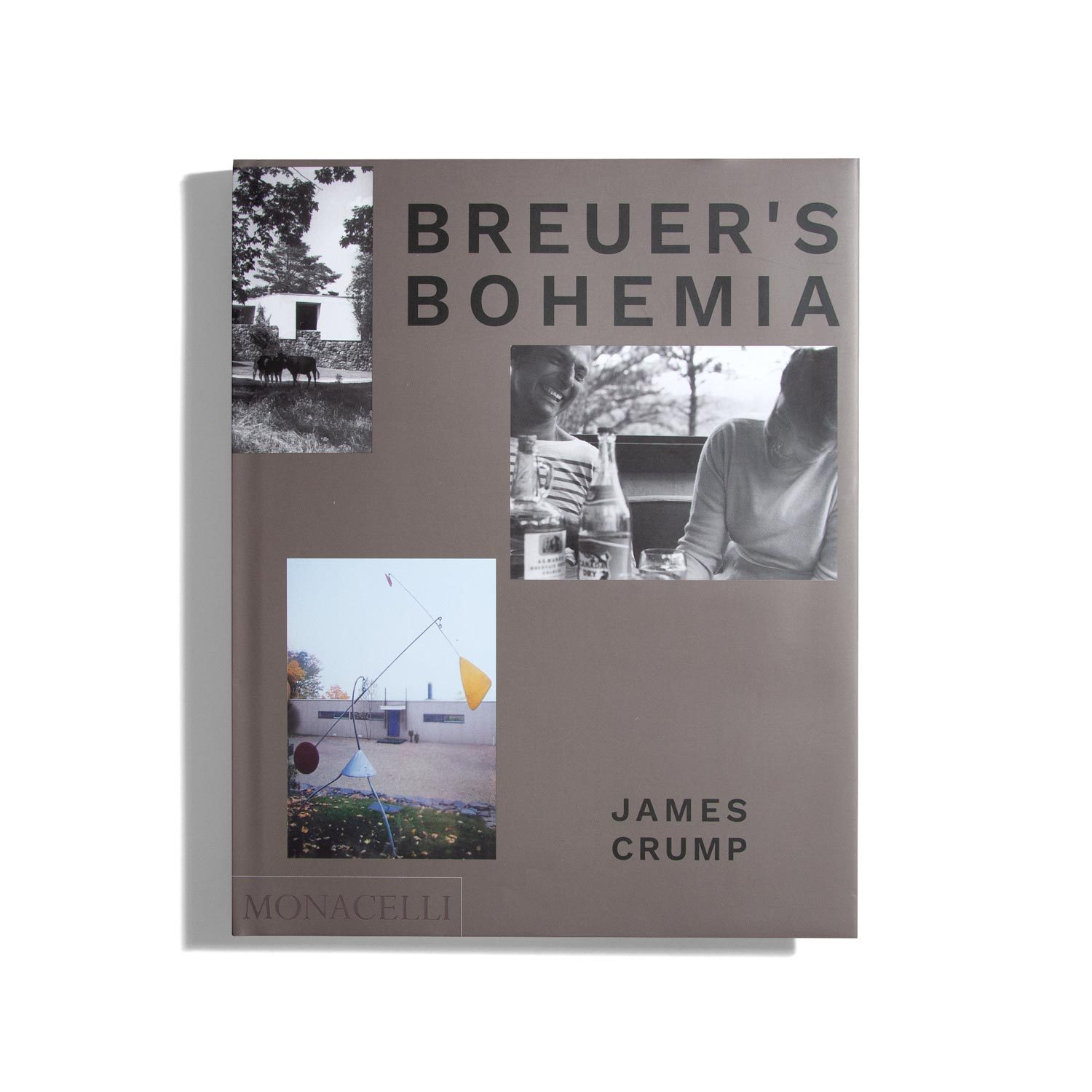 The iconic twentieth-century architect Marcel Breuer was a prolific designer of residential architecture, which is often overshadowed by his early renown as a Bauhaus furniture maker and his large-scale projects. Breuer’s Bohemia surveys the houses he designed in Connecticut and Massachusetts from the 1950s through the ’70s, many of which were commissioned by a few culturally progressive clients—chiefly Rufus and Leslie Stillman and Andrew and Jamie Gagarin—who coalesced around him into a dynamic social circle. Included in more

this scene were prominent cultural figures such as Alexander Calder, Arthur Miller, Francine du Plessix Gray, Philip Roth, and William Styron, and more, marking a unique intersection of postwar architecture, art, and letters. The publication of Breuer’s Bohemia coincides with the feature-length documentary of the same name by author and filmmaker James Crump, exploring Breuer’s explosive residential practice on the East Coast. Through original research and interviews, the voices of principal characters from Breuer’s circle and notable figures from the field of architecture help tell the story of Breuer’s collaborations with his friends and clients, breathing new life into the history of the rich cultural atmosphere of which they all played a vital part. Heavily illustrated with vintage and contemporary photographs as well as rarely seen archival materials, Breuer’s Bohemia is a unique glimpse of a twentieth-century milieu that produced an aesthetic, intellectual, and sometimes sybaritic community during a fertile period of American design and culture.