Home > Search results for "where the leave" 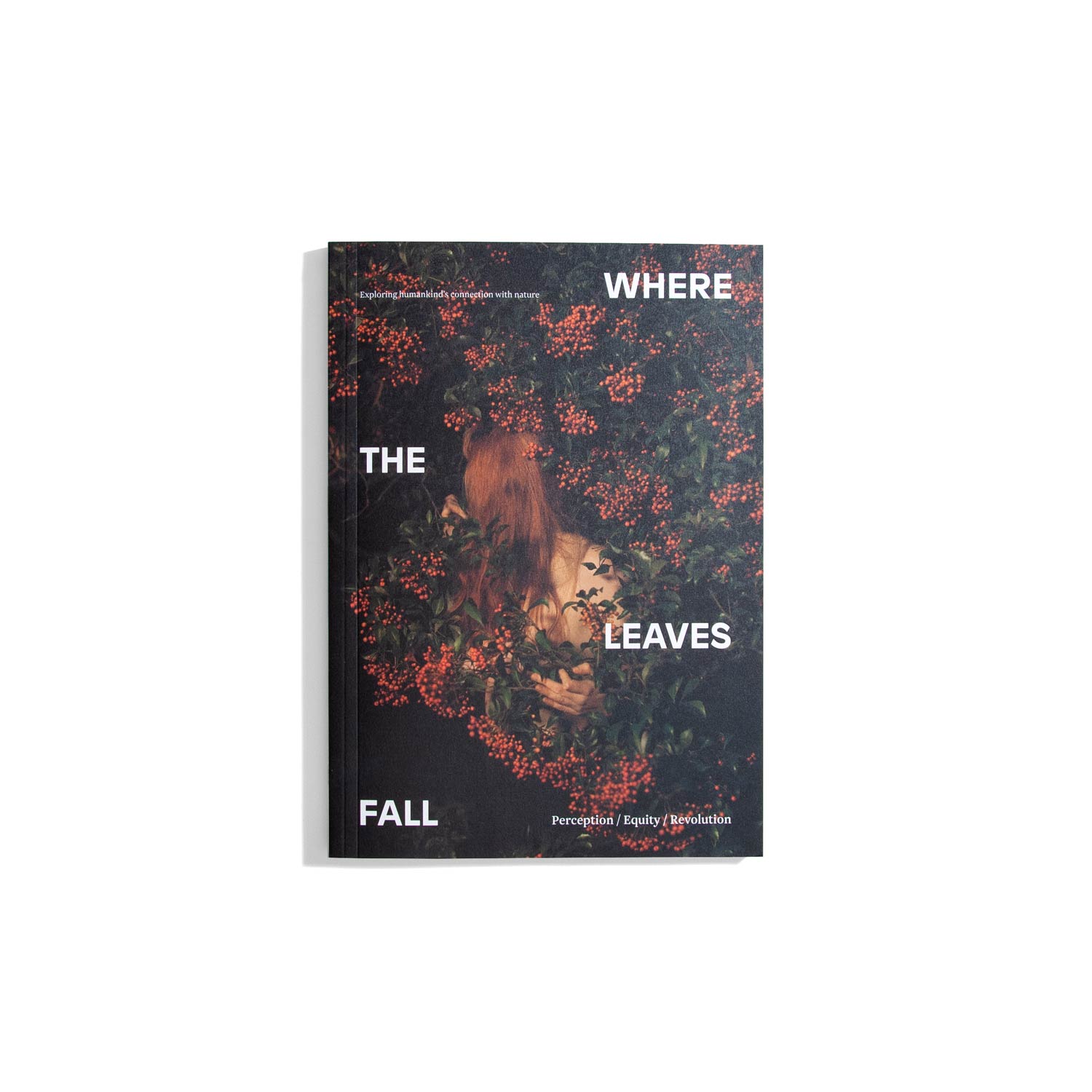 Posted at 17:54h
0 Likes
Exploring the themes of perception, equity & revolution, Where The Leaves Fall met changemakers, activists and community leaders from around the world who are questioning our relationship with nature and looking to create a more equitable society.
Read More 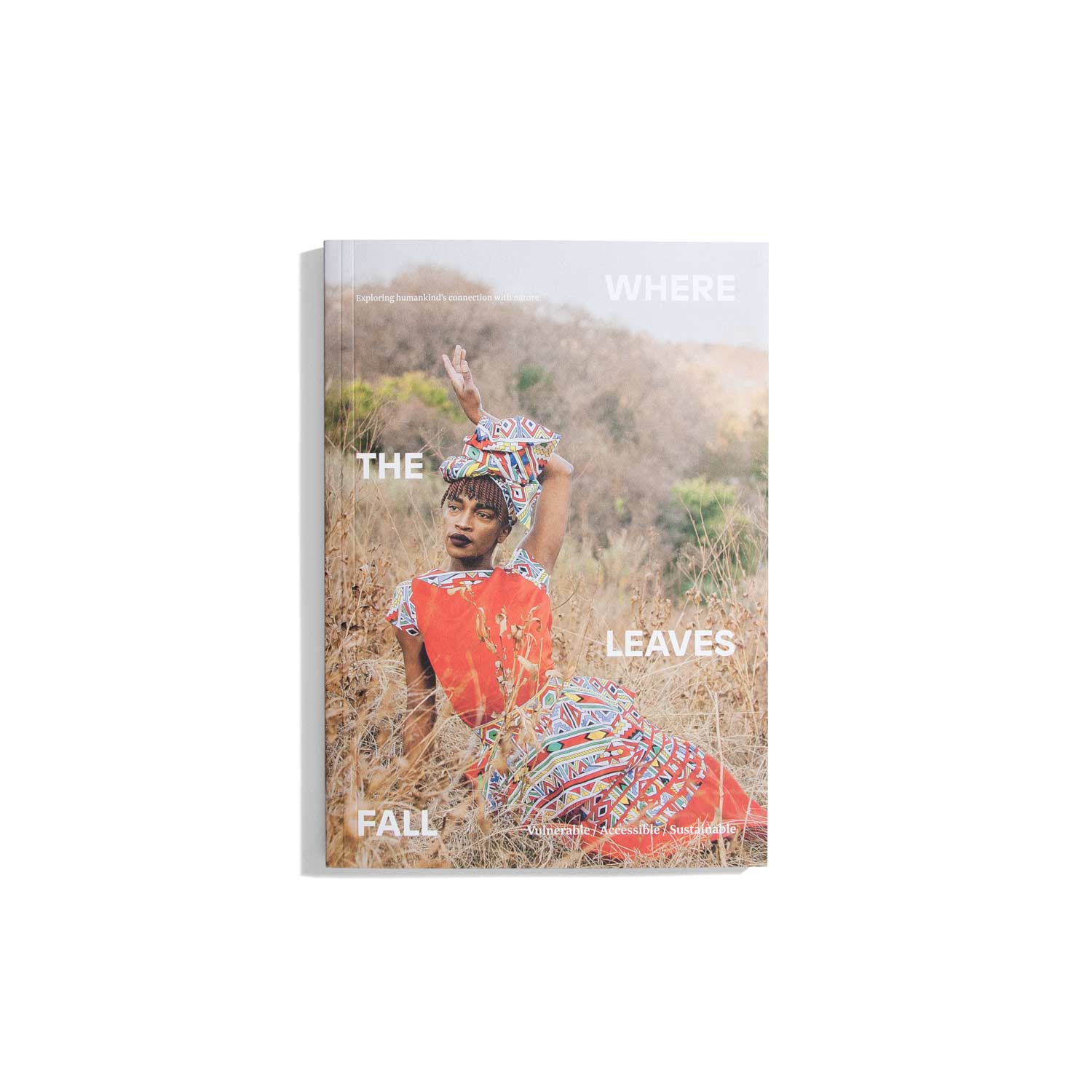 Posted at 12:13h
0 Likes
The themes for this issue are vulnerable, accessible, and sustainable, alongside a series of dialogues.[expand title="more"]In our first theme of this issue, Ugandan photographer DeLovie Kwagala takes us on a journey to the Quingdom, a gender-fluid imaginary world where people are free to be as they would like; Fijian climate justice advocate Kavita Naidu examines how vested interests need to be understood in order to resist and change the system; Noor, a young Syrian refugee, tells writer Daniel Briggs about the part that climate breakdown has played in his migration; and Ukrainian photographer Igor Tereshkov highlights the impact of the oil industry on the countryside and inhabitants of northwestern Siberia.[/expand]
Read More 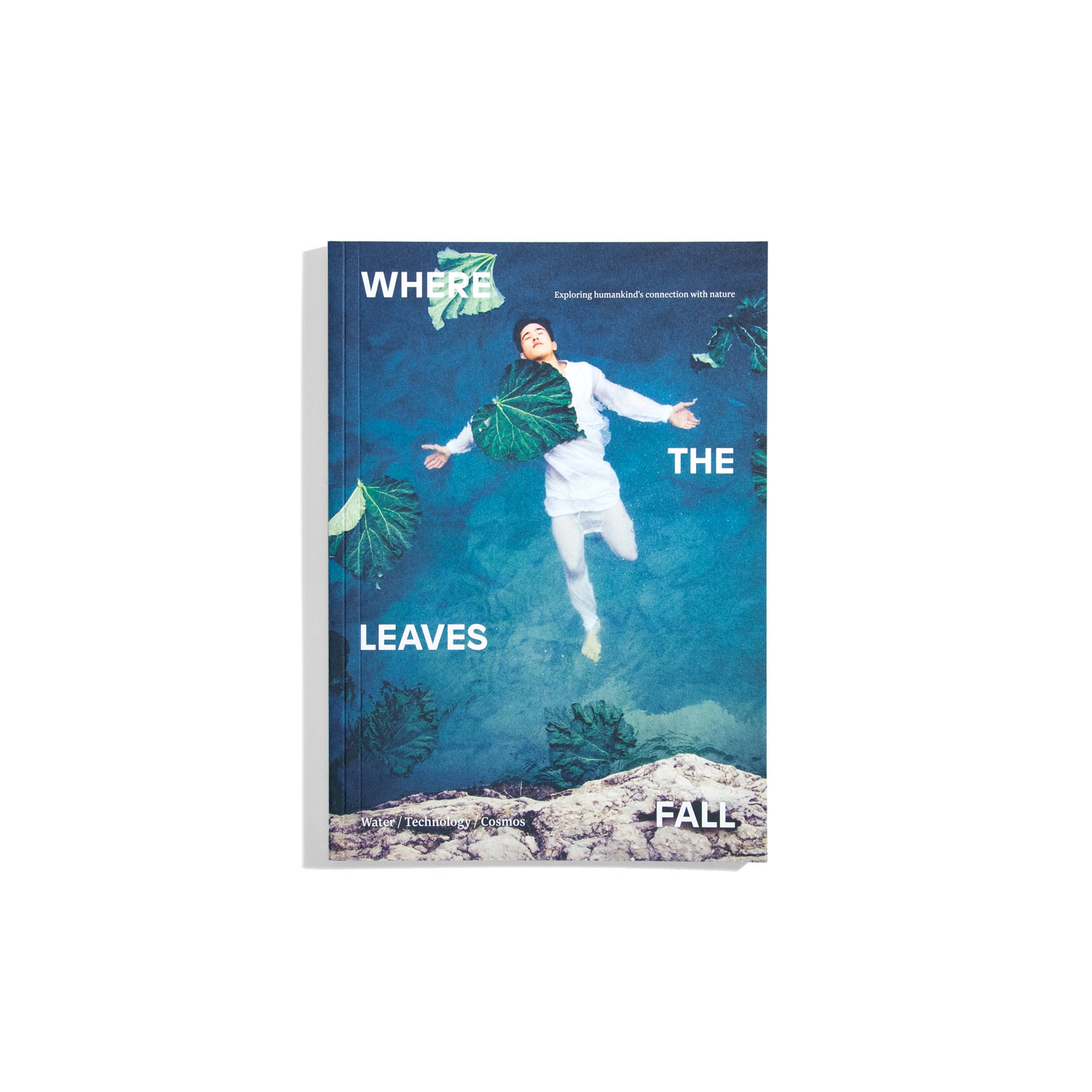 Posted at 12:40h
0 Likes
The themes for this issue focus on water, technology, and cosmos, alongside a series of dialogues. In our first theme of this issue, [expand title="more"]we examine how ice, traditionally a symbol of eternity and stasis, has become a metaphor for change and decay in contemporary art. We also look at what it means to live on an island, surrounded by water, feeling the sea’s abundance alongside the threat of water shortages; and our meditation on OmVed Gardens’ pond draws on writer Astrida Neimanis’ theory of hydrocommons – looking at how water runs across nature, binding and connecting it and, implicitly, us.[/expand]
Read More 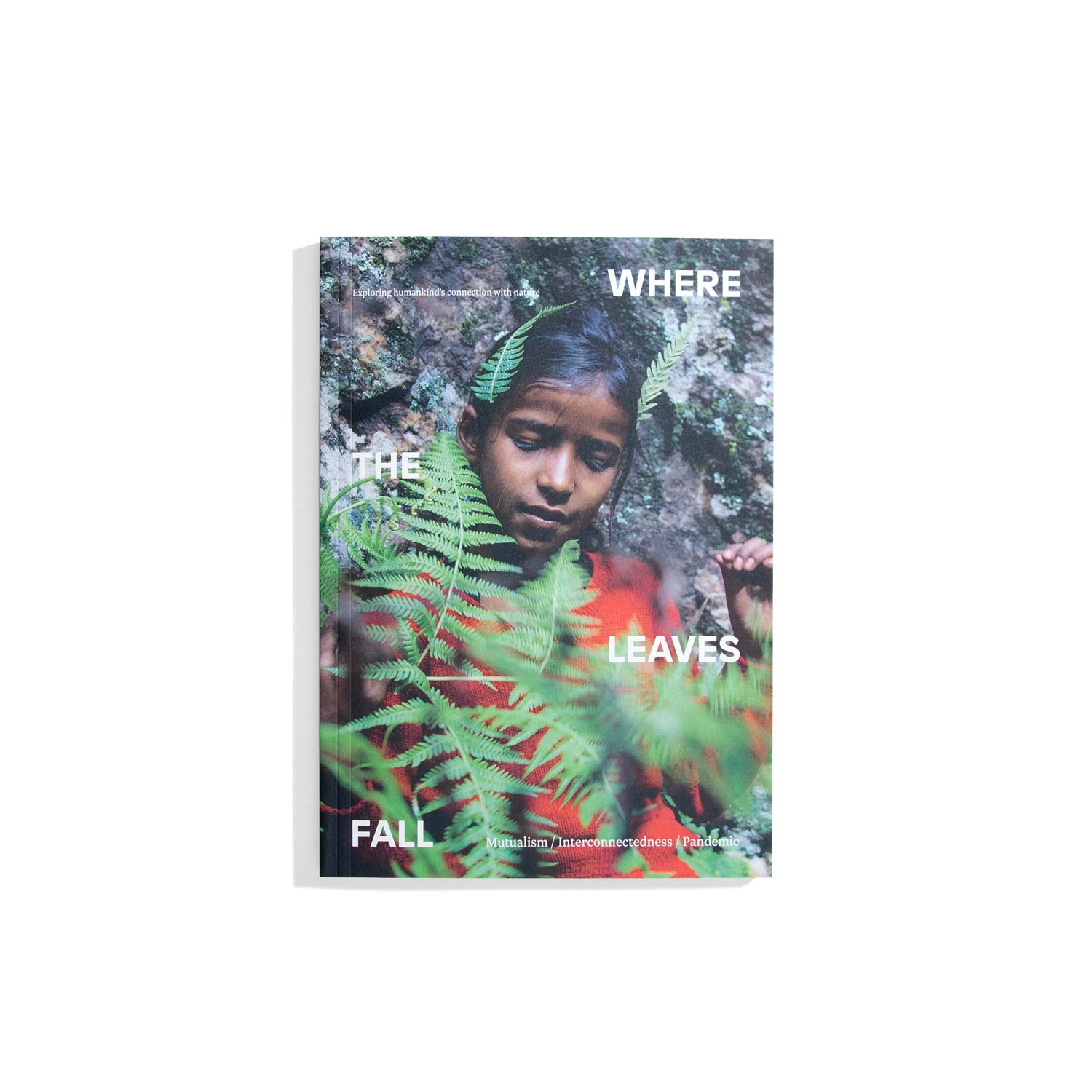 Posted at 15:09h
0 Likes
The themes for this issue focus on mutualism, interconnectedness, and pandemic, alongside a series of dialogues.[expand title="more"]A MUTUAL FEELING The issue opens with a look at how our lives are inextricably entangled with the lives of other species, and the way that artists and creatives are attempting to recognise this. We examine the legacy of George Washington Carver, the black son of a slave owner, whose insights into soil preservation and crop diversification in 19th century America preempted the concerns of modern regenerative agriculture. And Brazilian chef and author Bela Gil argues that agroecology could be the key to ending climate change and food poverty. OUR ROOTS ENTWINED We find out how a 16th century guru living in northern India has inspired ecology lessons in contemporary Dubai, and learn about the tenets of the Bishnoi community who were eco-warriors before the term was invented. Deepti Asthana’s photographic essay explores life for teenage girls in a remote Himalayan village. And Catherine Gilon connects colonial interventions in Nilgiris, southern India, with the current threat to native species and destabilisation of the ecosystem.[/expand]
Read More 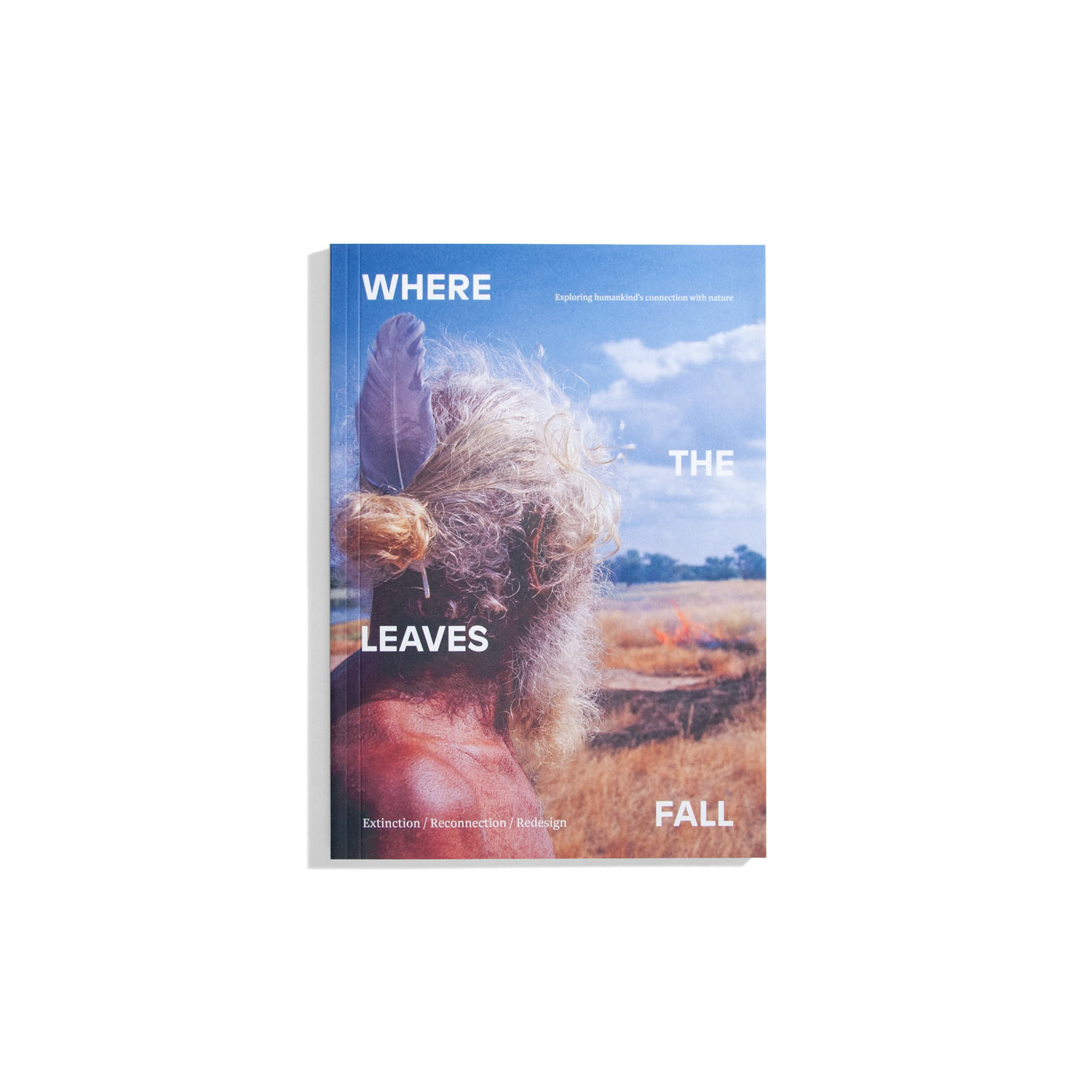 Posted at 16:31h in Magazines, outdoor, plants, Review, sustainability
0 Likes
Where The Leaves Fall focus with their latest issue on extinction – from extraordinary picture essay on the floods in Bangladesh to efforts to save the world’s wild coffee species, many of which are at risk of extinction to how some plants, surviving the worst manmade disasters, can offer an alternative model for living in the face of the environmental crisis.⁠ Buy
Read More

Posted at 12:50h
0 Likes
The themes for this issue focus on extinction, reconnection and redesign, alongside a series of dialogues.[expand title="more"]The issue opens with photographer Kazi Md. Jahirul Islam’s extraordinary picture essay on the floods in Bangladesh and the damage that they wreak on everyday life in Chittagong. Aaron Davies looks at efforts to save the world’s wild coffee species, many of which are at risk of extinction. And Anna Souter explores how plants, surviving the worst manmade disasters, can offer an alternative model for living in the face of the environmental crisis.[/expand] read Review
Read More 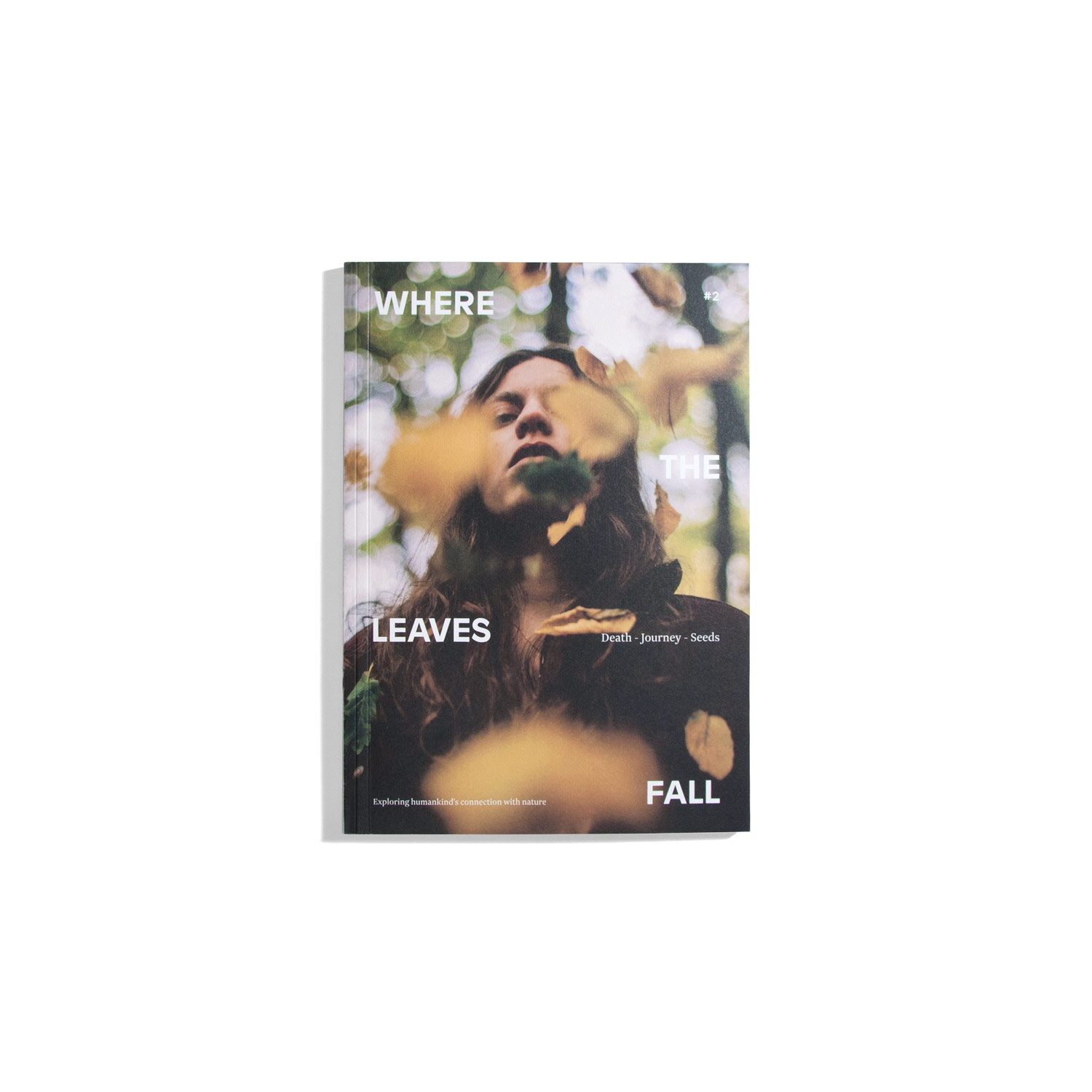 Posted at 14:06h
0 Likes
The themes we explored for the second issue of Where the Leaves Fall focused on death, journey and seeds, alongside a number of essays in the dialogues section.[expand title="more"]In the section All Things must pass we look at how Ana Mendieta celebrated her own mortality in her work, exploring the cycle of life and death and our connection with nature. Transcending the spiritual and philosophical to the actual, Antonina Savytska’s visceral images of the last months of her aunt’s life paints a stark and honest portrait of our relationship not just with death, but the life that leads us there and the patterns and behaviours of the ancestors that live through us. And we look at how societal conventions around death, developed to make the process as comfortable and acceptable as possible, are being challenged by environmentalists with the aim of ‘greening’ the system.[/expand]
Read More 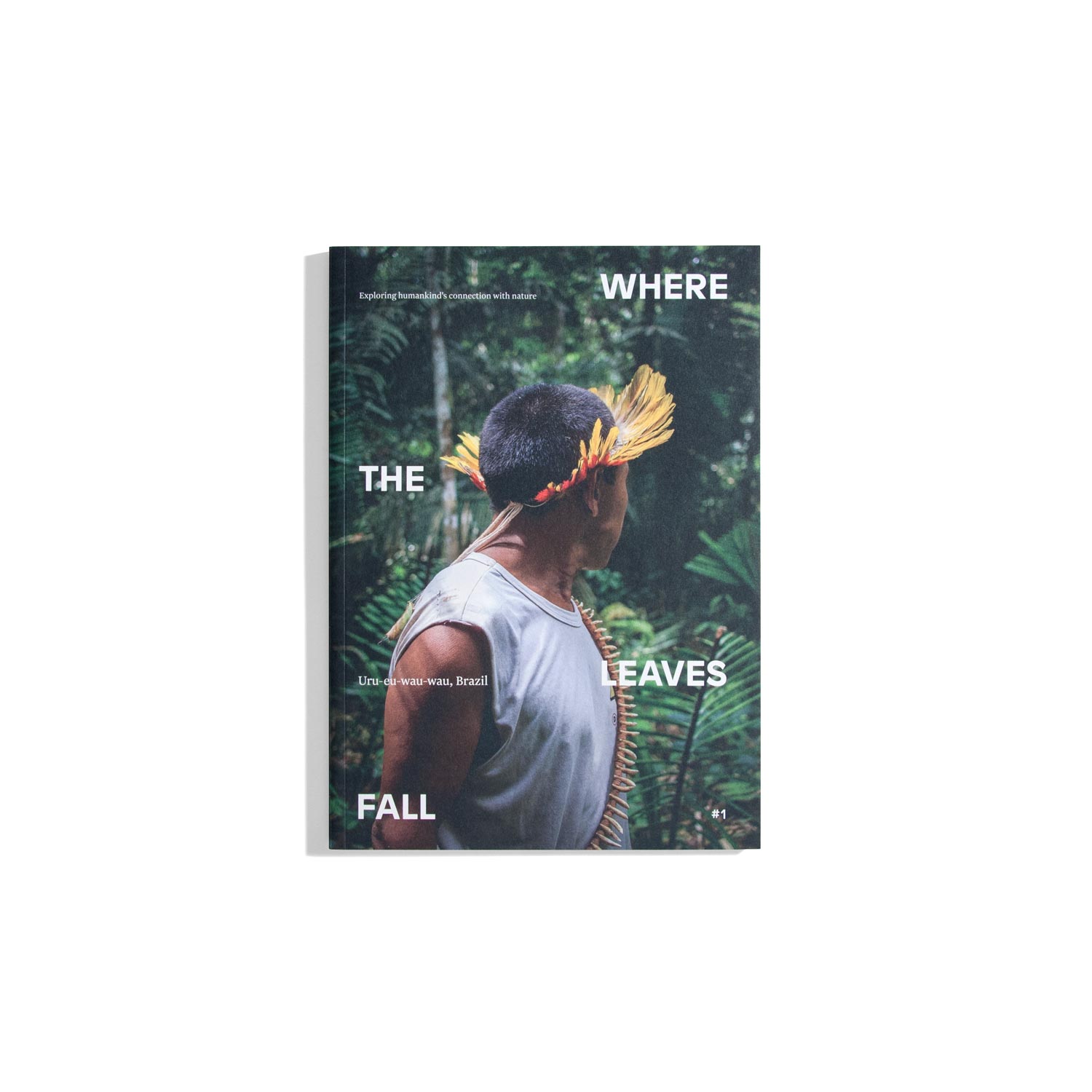 Posted at 16:55h
0 Likes
The first issue of Where the Leaves Fall is divided into three thematic sections, alongside a series of exploratory essays. The theme headings and content for the first issue include: [expand title="more"]As an artist working with living organisms, Daro Montag invites us to reconsider our relationship with soil, something that is crucial to all terrestrial life, Gabriel Uchida’s photographic journey leads him to the Uru-eu-wau-wau, an indigenious people who live in the heart of the Amazon, where he finds a way of life under threat, Chris King, who has been documenting issues related to the food system for the past 6 years, considers the influence chefs have on our food culture, and details The Chef’s Manifesto – a group of chefs who have set out to follow a path to sustainability.[/expand]
Read More 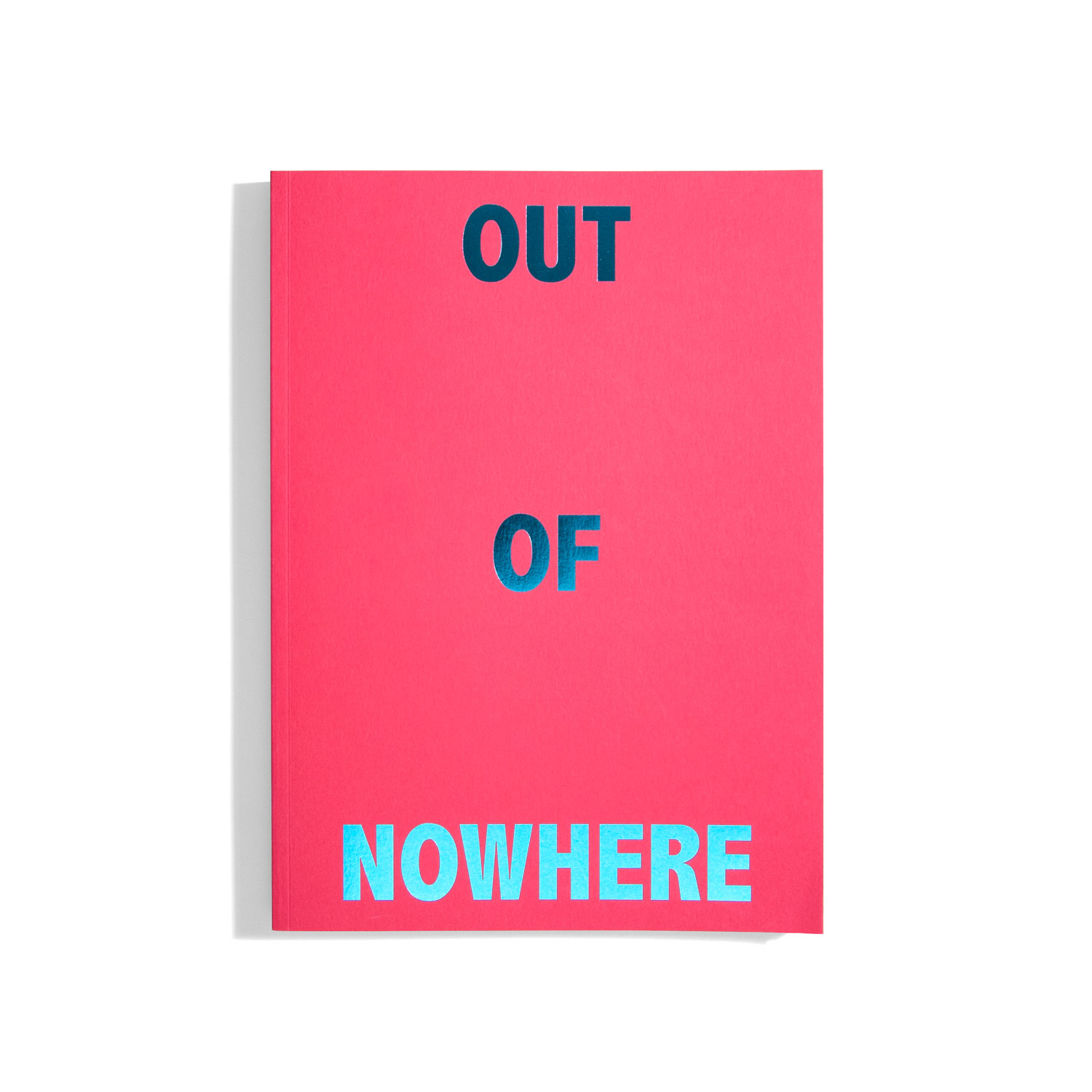 11 Mai Out of Nowhere

Posted at 19:47h
0 Likes
Out of Nowhere is an expression that sums up my approach to photography. This passion fell on me in 2015, came out of nowhere. This first book also comes out of the blue, born from a sudden desire to put my life on paper and to share bits and bobs from my life. Just like wanting to leave my own mark, leaving something behind to trace back the time in a few years which I hope will be filled with images, anecdotes and memories. In this book the pictures have no chronology or link amongst each other.Their only purpose is to make you escape your day to day life and take a sneak peak into my World.
Read More 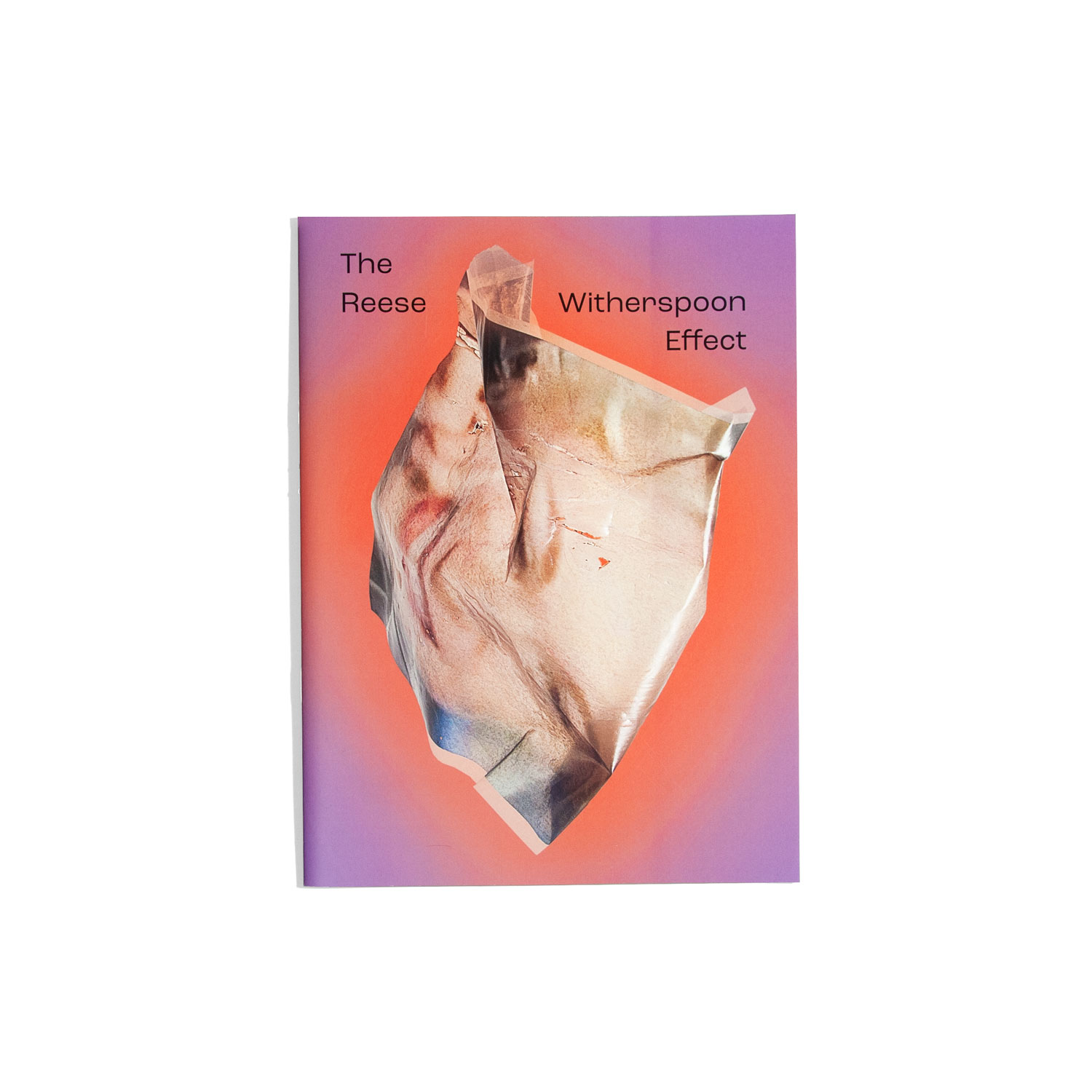 Posted at 16:01h
0 Likes
“On a global average, women will spend ten years of their lives performing unpaid care & domestic labour, compared to men’s four years.” (UN Women, 2020) In our society, we tend to praise men for performing any task that is culturally perceived as feminine. We award them for taking parental leave, invite them to talk shows for braiding their daughter’s hair, write enthusiastic articles about them baking a cake, and applaud them for doing the dishes. In the zine “The Reese Witherspoon Effect”, [expand title="more"] Contemporary C*nt Collective offers a humorous critique of this glorification and invites the reader to reflect and examine the topic through satire and research. The two-part zine starts with the short story “She had Picked a Good One”, a carica- tured portrayal of the modern heterosexual relationship inspired by one of Reese Witherspoon’s Instagram posts. Reese is the driven superwoman upholding a career as well as a household – which she, of course, couldn’t do without the “constant encouragement and complete support” of her husband, Jim – but how supportive is he, really? The second part of the zine is named “The Pedestal Effect” after a term coined by sociologist Tal Peretz to describe how men are treated preferentially even in feminist spaces. Here the reader is introduced to carefully sourced quotes by scholars and journalists covering these topics, statistics and facts from organizations like UN Women and MenCare, and real-life examples of men being put on a pedestal. Throughout the zine, the texts are accompanied by distorted images of smiling women. These photos were created with imagery sourced from mass media and popular culture where women’s reactions to men performing domestic labour or child care are depicted as over-the-top excitement, cheeriness, and often sexually loaded, underlining “the pedestal effect”. [/expand]
Read More