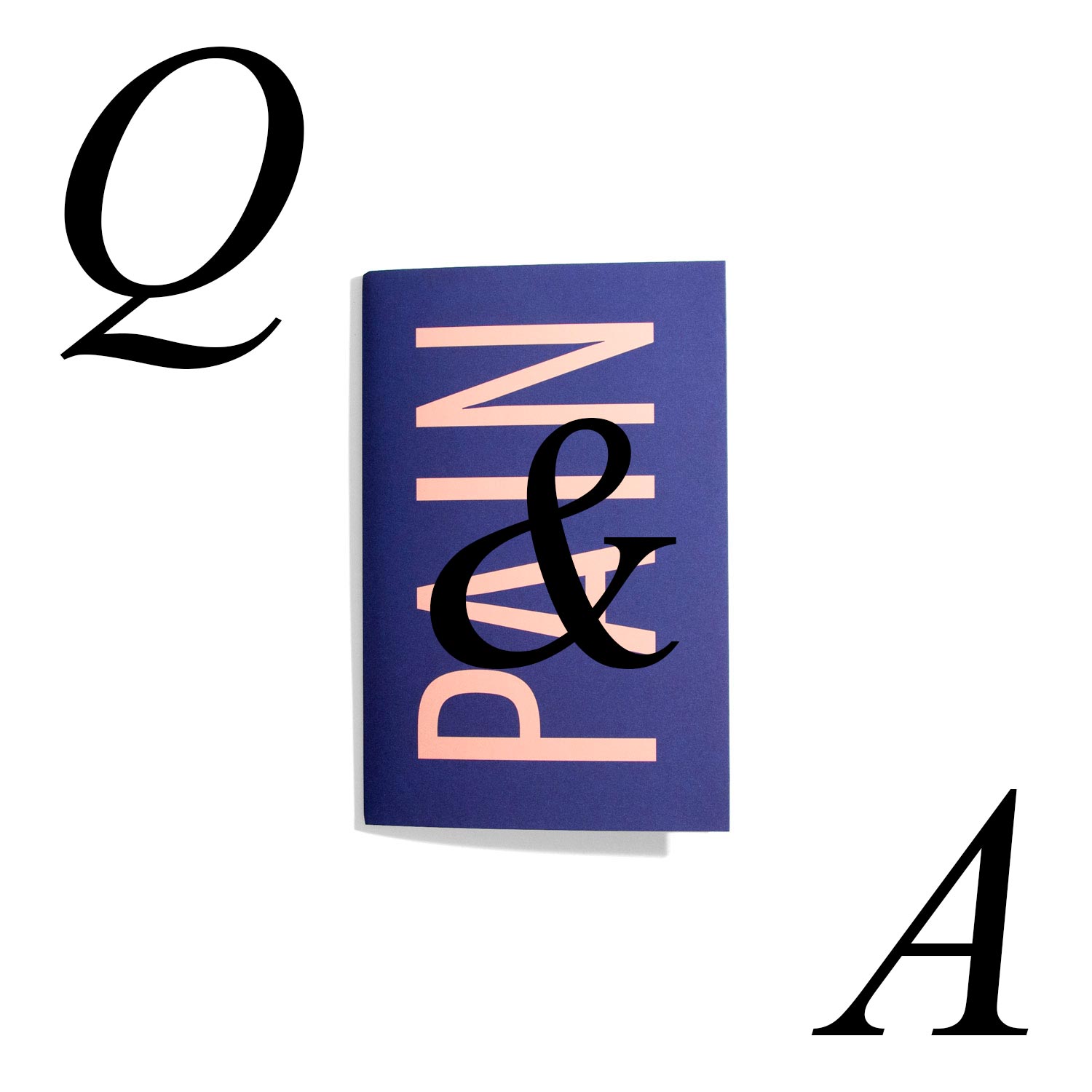 The easiest way to get right to the bottom of things is – naturally – playing ‚Truth and Dare‘. So let’s start with bare facts. You think poetry is rather dusty, quixotic or charming as moulded grey bread? No worries, you don’t have to say your answer out loud. Frankly, we (almost) all have been there. But we have to break it to you: The natural evolution of the lyrical section on our shelves almost clandestinely multiplied itself over the last few years. And this is not the only thing to say about this art form currently experiencing a fulminant renaissance. The revival of poems comes along fresh, colorful, innovative and – definitely worth to mention – the fellows who are falling for lyrical rhythms, getting lost in-between the lines are as vivid and young as their thrilled audience. And still, as Poetry Magazine (launched in 1912!) names the elephant in the room already within its title: Who reads poetry? We thought it would be a smart move to choose ‚Dare‘ and asked one of the most dazzling voices of this new poetry wave and the co-editor of Pain Magazine: Vala Thorodds.

Taking a closer look on what you were up to the last years one thing can be anything but overlooked: your life is all about poetry. So let’s go back to where it all started. Most of the time when you fall in love with something there is this one magic moment which stays. When you look back was there a specific piece or a poet kindle your love for poetry?

The first poet I fell for and who converted me to poetry was an American called Jack Gilbert. He didn’t write very much in his life, but the things he did write make you just go limp in your entire body, like you can’t believe or understand how he did that. You get the feeling that every poem he wrote he wrote because he absolutely had to, because the thing expressed could not have been expressed in any other way or with any other medium. His poems create a feeling of inevitability, of necessity. That has really stayed with me as a thing to strive for.

As time passed you became yourself a well-appreciated poet far across the borders of your homeland Iceland. In 2014 you were nominated to the PEN International New Voices while your poems appeared in various magazines including The White Review, Tongue, Magma, Ambit, Poetry Wales, and in the anthology New Poetries VII. Can you tell us what poetry is for you personally?

A good poem for me is rooted in feeling. Not in an emotionally manipulative way, but in the sense that it is not a place for intellectual acrobatics or an opportunity for the poet to show off how clever he is. A poem is more important than that, and it is also more than the sum of its parts – a lot of a poem’s meaning is in the spaces between the words, in the things that the poet chooses not to say. I feel something, something beyond words. Imagine expressing something that is beyond words, but with words! Like when you see a play and the actor expresses something without saying anything. A poem is that kind of quiet performance. That’s what poetry is basically about. Once you realise that, suddenly there is nothing like it, there’s no going back. 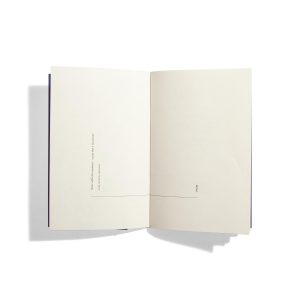 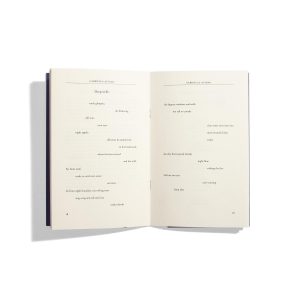 You are not only a passionated poet and the co-editor of Pain, you are also founder of the literary press Partus as well as you are the managing editor of the press Sine Wave Peak. Not to forget your translations of selected poems of Icelandic poet Kristín Ómarsdóttir, Waitress in Fall, was selected as one of the best poetry books of 2018 by The Sunday Times. Tell us where do you actually find spare time for writing? Do you have a routine – like a special hour in the day or a scenery?

That’s a good question – how guilty I feel now! The truth is I worry constantly about not writing enough because it meshes so badly with my life as publisher. As a poet you have to be able to ‘waste’ time, stare out the window for hours on end, or just walk around, thinking. So I find I have to schedule times in which to write, like a whole week at a time where I can unwind and just do ‚nothing’. I have a friend who recently won a major poetry competition in Iceland for a poem she wrote on the back of a receipt in the parking lot outside the competition offices minutes before the deadline. That to me is the perfect anecdote about what poetry is like. Because she may in fact have been ‘writing’ that poem for years, right up to that moment – the poem was simmering in her head, her subconscious was working it out – but actually writing it down only took her a second. I think I’ve got a lot of poetry simmering even though I may not be writing much at the moment.

Since you are working on both sides: How would you explain the fulminant revival of poetry and the notable fact that rather young fellows are back in the game?

I think the way that everything has to be expressed very succinctly on the internet has helped people, especially young people today, to realise that they can read and understand poetry. Whether poetry is better appreciated now than it was before… I’m not sure that’s necessarily true. But as an example, Twitter has put people into what is in a sense a poetic frame of mind… because it’s a medium in which you have to express a lot with very few words, you have to really boil it down.

So in everyone of us is a potential poet while using Social Media?

No, I wouldn’t say that. In some ways it makes sense that young people are driving this ‘revival’, if that’s what it is, because they are the ones who know best how to use these new tools. But at the same time they are also the ones writing some of the worst poetry, and I think that’s because they read the least. You can’t break the rules without learning them first. Thus, there’s a big difference between a tweet and a line of poetry, they require very different things. A poem is something atmospheric and slow, like a room where you hang out for a while, looking at everything very carefully.

Talking about the medium, how much does the format impact the perception of poesy? Why did you choose the format of a magazine to gather the newest creative writing and poetry?

As a publisher I spend all day making books, and there is something so refreshing about working in the format of a magazine. A magazine can both have a history and be completely new every time – be constantly adapting and evolving – which means it has the potential to be relevant, influential and authoritative all at the same time. The magazine is like the younger, fitter, more handsome cousin of the book. It is able to adapt so quickly, and you can experiment so much with it. Not to mention the magazine format is extremely important to poets as a medium to share their work in real time. But I think the main reason my co-editor Luke and I chose to start Pain was because we wanted to create a space that felt different from the space and vibe of other poetry magazines we read. I think also we wanted a beautifully typeset poetry magazine because that is very rare. We wanted, I mean we needed, to make a poetry magazine that had a lot of respect for the words on the page.

In terms of paying tribute to the single word the last question is rather easy: why did you call your magazine Pain?

Luke and I came across a medical pamphlet of some sort that said PAIN on it in big letters and we immediately thought: that sounds like the title of a poetry magazine. It’s one of those things that you can’t explain too much, it just felt right; I think we actually decided we had to start the magazine because we found this name, and we figured out everything else afterwards. It makes no sense and it makes perfect sense. In the beginning a lot of people asked us if the title was the French word for bread, and we were happy with the misunderstanding – we just said, maybe!