In the past 12 years we had the pleasure to get to know a lot of the amazing people behind the magazines and publications we try to gather in our store for you, we have seen countless covers on our shelves and browsed myriads of pages. In News & Novelties we want to share some of our latest finds and conversations. Find inspiration in our reviews, enjoy some interviews with amazing people and get to know about our latest activities in Berlin and around the globe. 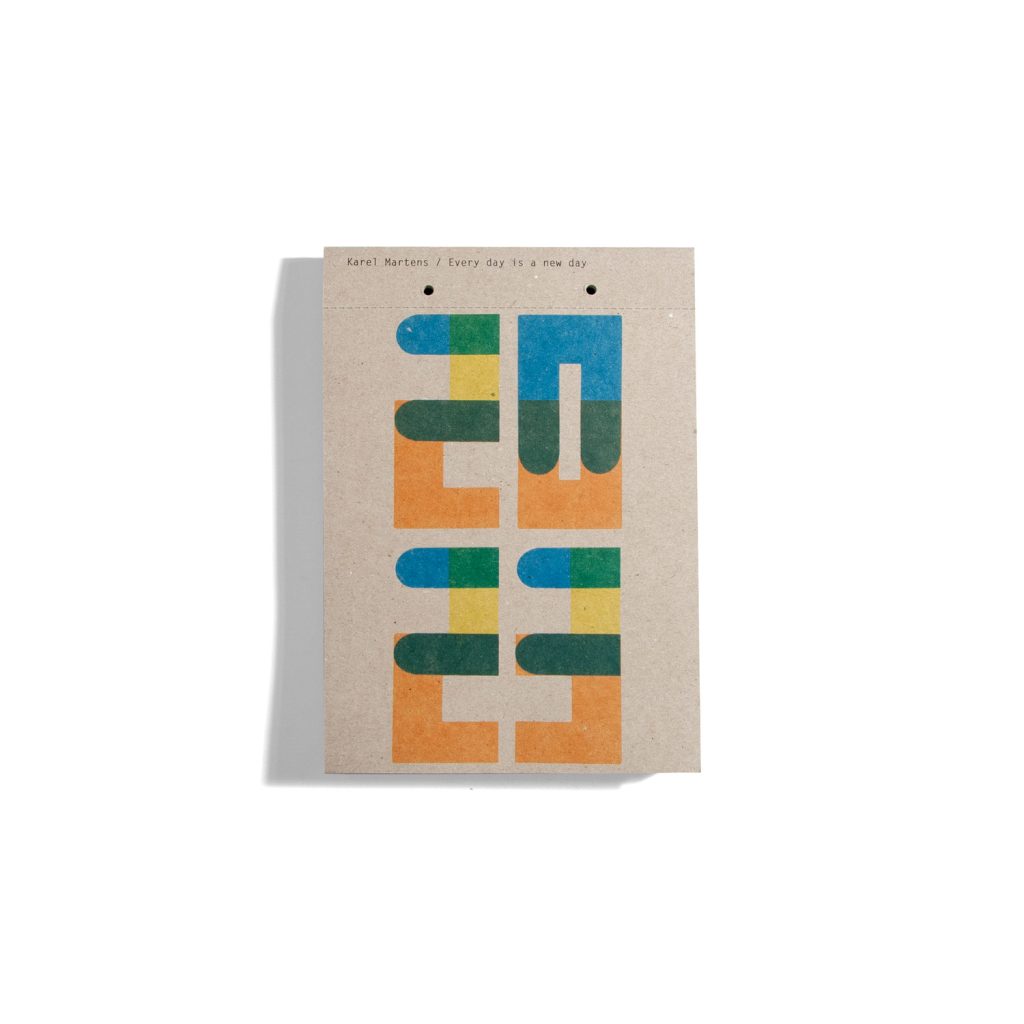 Every day is a new day

Karel Martens 2023 Calendar
Every year we get a very special calendar. This time, it's from 83-year-old graphic design icon Karel Martens. "Everyday is a new day" has, you guessed it, a page for every day of the year. The 365 number compositions are designed in Martens' signature method of found and digitized metal pieces.⁠ ⁠ Buy
Art, colour, Communication Design, graphic design, Review 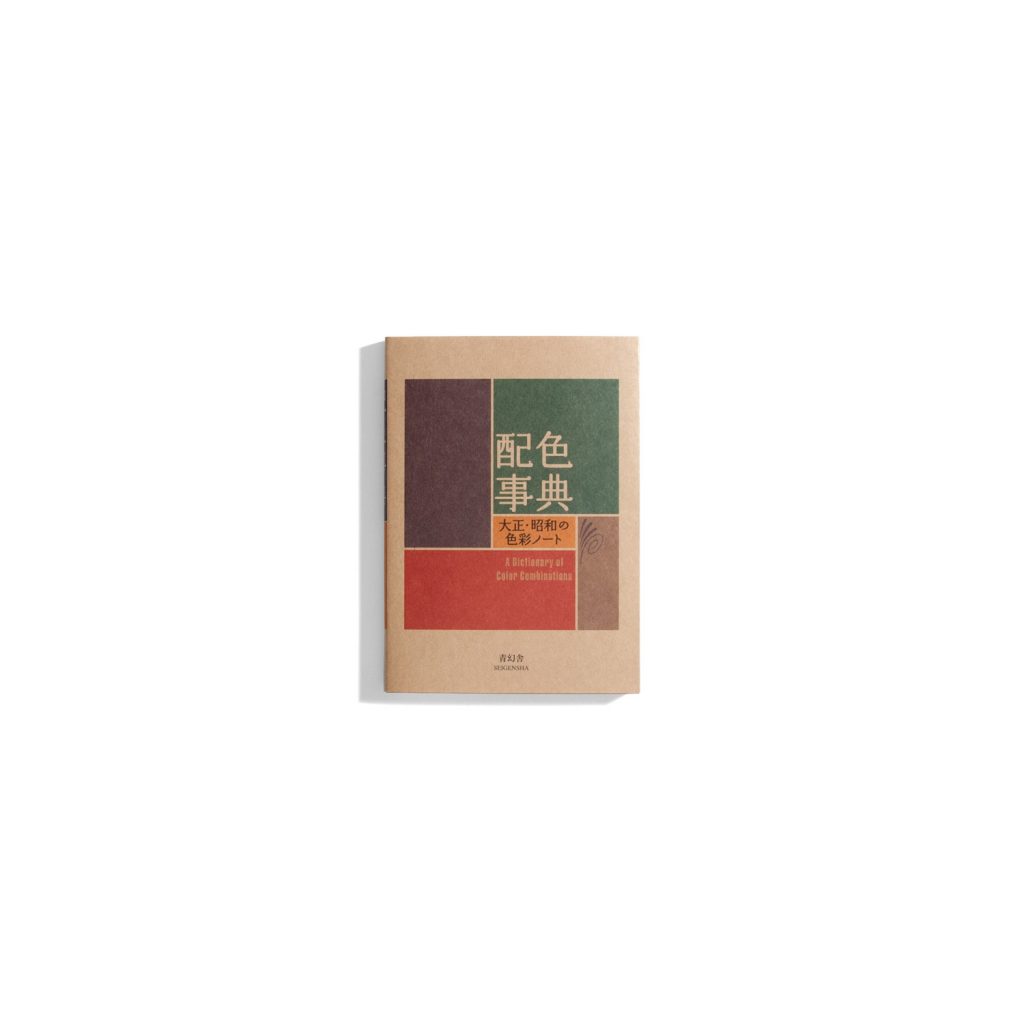 A Dictionary of Color Combinations

Sanzo Wada
The Dictionary of Color Combinations is probably one of the most beautiful books we ever held in our hands! After it has been sold out for a year, we finally have it back in stock and are mesmerized as before.⁠..⁠ ⁠ The pocket size jewel offers 348 incredible color combinations by Japanese painter Sanzo Wada. The compositions of two, three, and four tones could not be more intriguing and with its index registering the CMYK code of every shade used it is an indispensable tool for every designer.⁠ Buy
Art, artist books, Books, colour, Communication Design, crafts, Design, graphic design, interior design, product design, Review 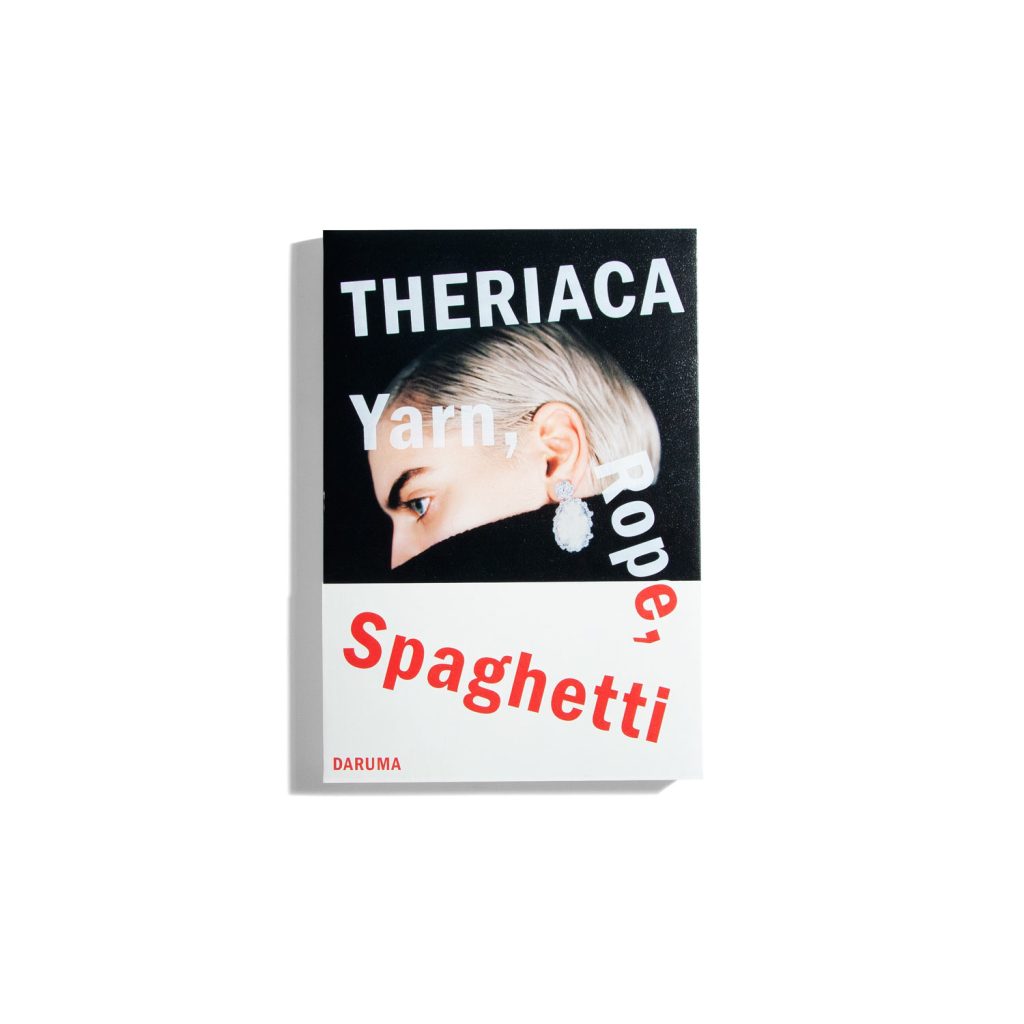 Yarn, Rope, Spaghetti
Theriaca is the independent label managed by artist and fashion designer Asuka Hamada. Based in Germany and Japan, she is currently engaged in a creative project that focuses on the endless creative potential of knitwork. This art book compiles her works and process as part of this endeavour.⁠ ⁠ Discover colourful objects made of yarn, derived from the artist’s fluid inspiration, and unique pieces knitted from non-traditional materials like shoelaces, straws, or paper. The volume provides a comprehensive look at Hamada’s own thought process, spanning from ideation, experimentation, and implementation to actual designs, all while pushing the boundaries of what knitting is capable of. Buy
artist books, Berlin, Books, crafts, Fashion, materials, Review 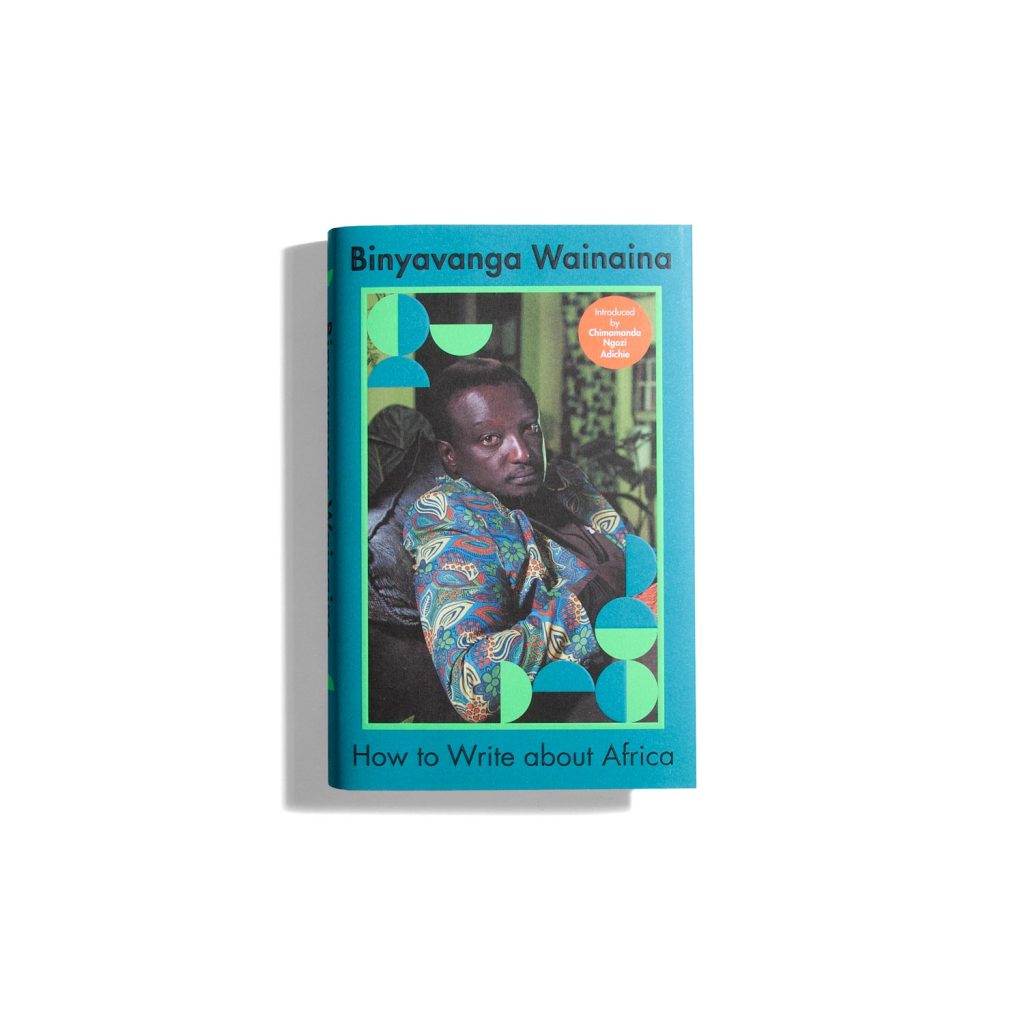 How to Write About Africa

Binyavanga Wainaina
"In your text, treat Africa as if it were one country. It is hot and dusty with rolling grasslands and huge herds of animals and tall, thin people who are starving. Or it is hot and steamy with very short people who eat primates. Don't get bogged down with precise descriptions."⁠ ⁠ This is a trailblazing collection of writings by rule-breaker Binyavanga Wainaina. Full of sharp satire and piercing wisdom, it contains many of Binyavanga's critically acclaimed works, including the satirical sensation How to Write About Africa, quoted above, which plays with the way Western media have reinforced stereotypes and pre-existing notions about Africa. Buy
culture, Culture & Society, history, literature, non-fiction, politics, Review, social, society 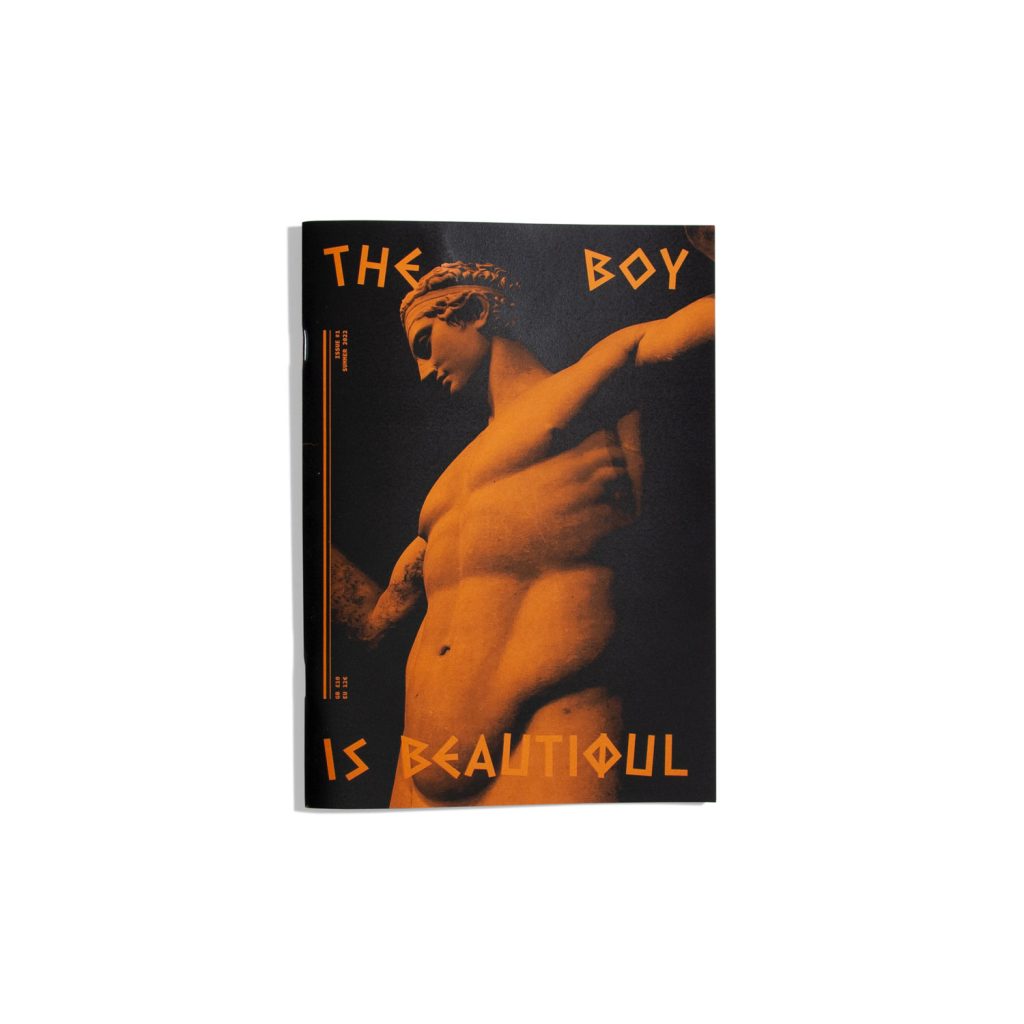 The Boy is Beautiful

On the surface of a red-figure Attica vase, some thousands years ago, an inscription reading “ο Παῖς Καλός” had been engraved. Translating as The Boy Is Beautiful this intricate detail transforms a common vessel into a declaration of homoerotic affection; echoing the sexual liberation of a bygone era.⁠ ⁠ The Boy Is Beautiful took this as an inspiration to investigate into queer Greek chronicles, from myth and history, to contemporary life. A quest with the question what happened between the time of Zeus and Ganymede, Apollo and Hyacinth, Achilles and Patroclus, the Band of Thebes and the Lesbian Sappho, Harmodius and Aristogeiton and the contemporary society full of sexism, homophobie and straightwashed history.⁠ Buy
culture, Culture & Society, history, lgbtq, Magazines, Review, society 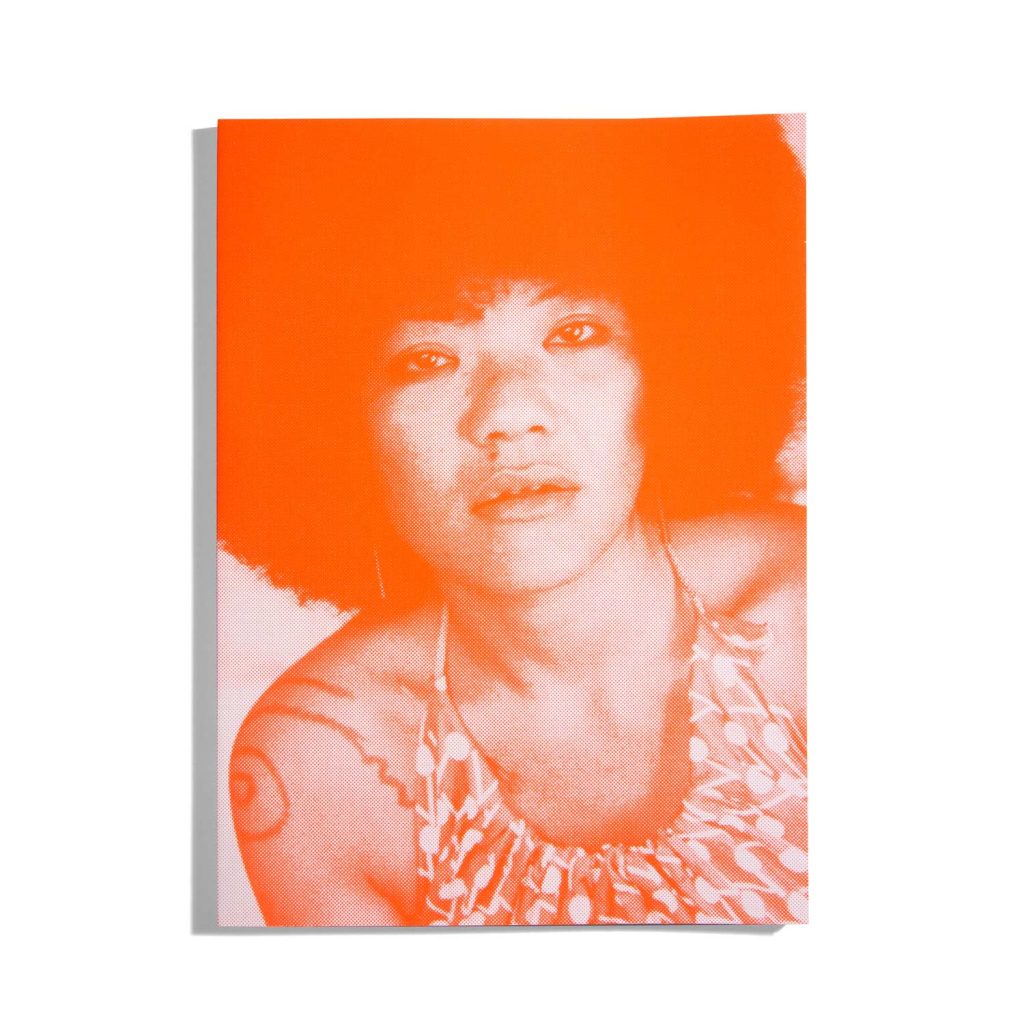 Red Flower
Photographer Mao Ishikawa planned to photograph US soldiers on the island of Okinawa, but ultimately turned her camera to the girls who worked in the bars there.⁠ ⁠ In the 1970s, Mao Ishikawa began working in bars frequented by black US soldiers on the occupied Japanese island of Okinawa to pursue her photographic project. But the then 22-year-old photographer quickly became fascinated by the girls who worked behind the counters instead of the military men. The bar girls lived their lives to the fullest. Ishikawa candidly captures the hugs, laughter and smiles of young women in the prime of their lives, unafraid to show off, provoke, enjoy and freely express their feelings.⁠ ⁠ The photographs, which show the girls' love affairs, the bars, the afternoons on the beach and the children born of relationships with the soldiers, are a raw celebration of the freedom, strength and unashamed beauty of the women of Okinawa, far from sentimentalities and idealisations.⁠ Buy
Books, history, Photography, Review, society 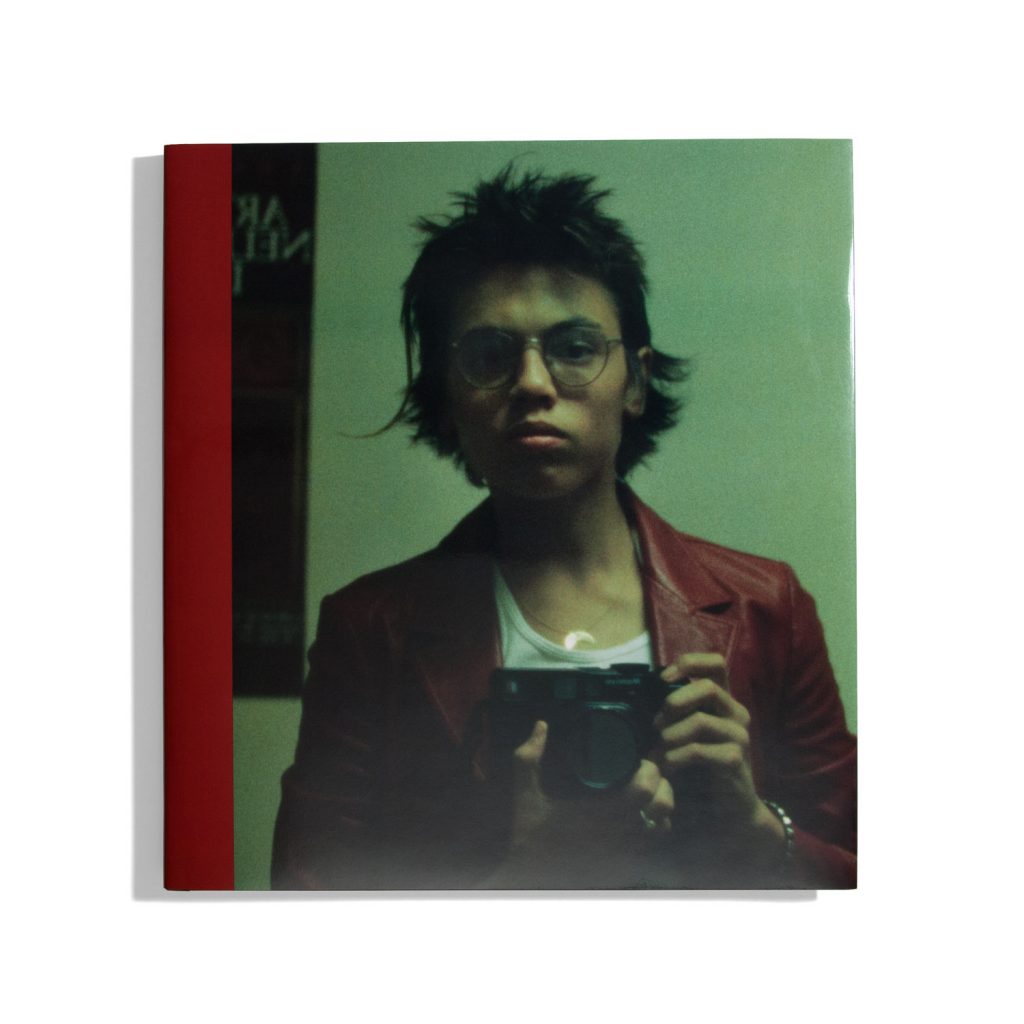 ArgueSKE 1994-1997
Davide Sorrenti, who was born into a family of photographers, began documenting his friends in their everyday lives as teenager. His style was raw, honest and very personal. By the age of 19, he was already New York's next talent for fashion photography and his photos were published in many magazines. Tragically, he died at the age of only 20.⁠ ⁠ In his much too short life, he produced an incredible number of photographs, as he was largely inspired by his friends and every day teenage life. This monograph is not only a testimony to his incredible eye and style, which was copied many times, but also gives us an insight into New York in the nineties, into teenage dreams, the freedom and at the same time the struggle of growing up.⁠ Buy
Books, Fashion, Photography, Review 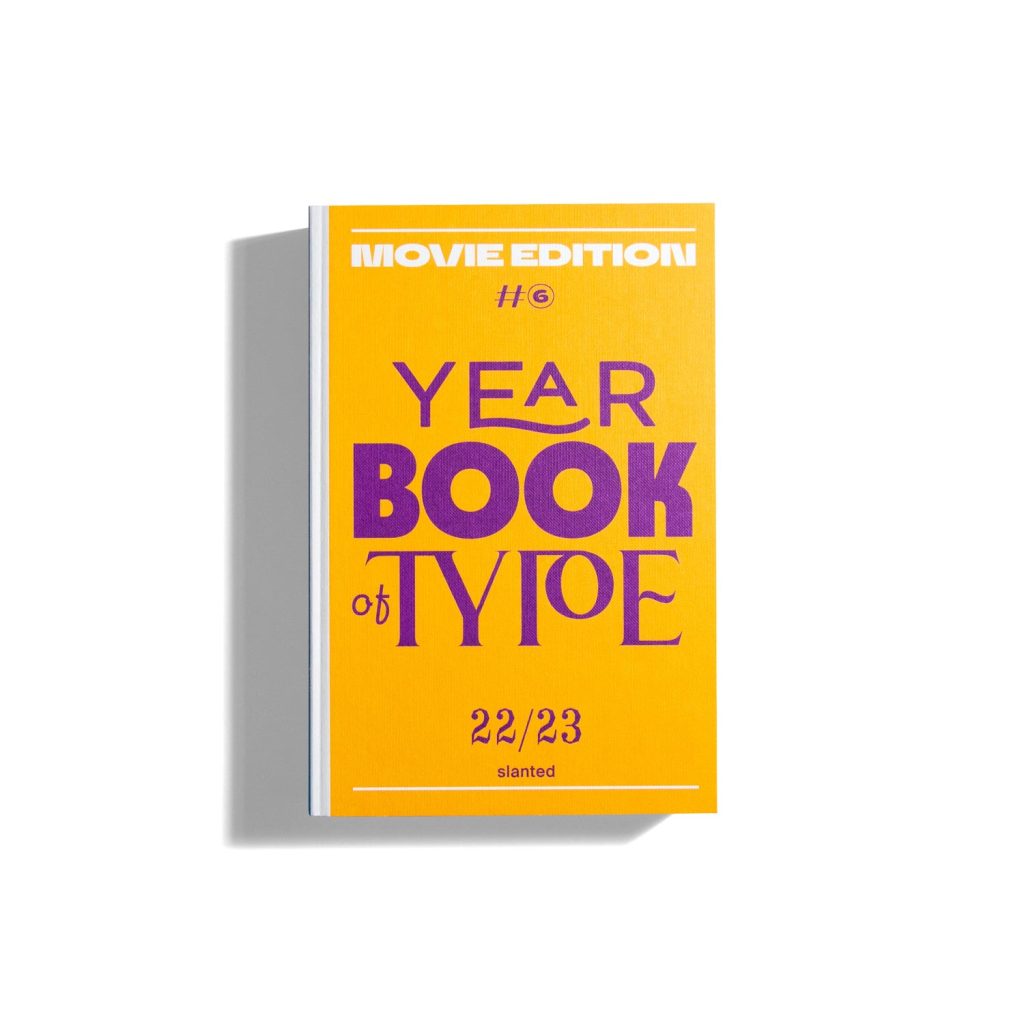 2022/23
You know the scenario: You just want to find a fitting series or movie on your streaming platform—but you can’t find what you are looking for and keep doom-scrolling—until you turn off the computer. The same often happens when looking for the perfect typeface for your design. You know, the one that not only conveys the mood you are longing for, but also needs to fulfil all necessary requirements.⁠ ⁠ In a mess of countless open browser tabs, bookmarks, lists, and folders, the right typeface and foundry—characterized by smallest details—is hard to find. The Yearbook of Type is a collection of the latest published typefaces that helps you find the one—from a browse through the book, or quick look in the index that neatly sorts typefaces by class, designers, and foundries. Each font and font family is presented on a double page. On the left page, the font is applied; inspired by this year’s theme of film and drama. To the right, the typeface is described in detail.⁠ ⁠ The publication is rounded off by a series of essays, interviews, and tutorials on the subject of type design and contemporary typography. An indispensable book for any graphic designer.⁠ Buy
Books, Communication Design, graphic design, Review, typography 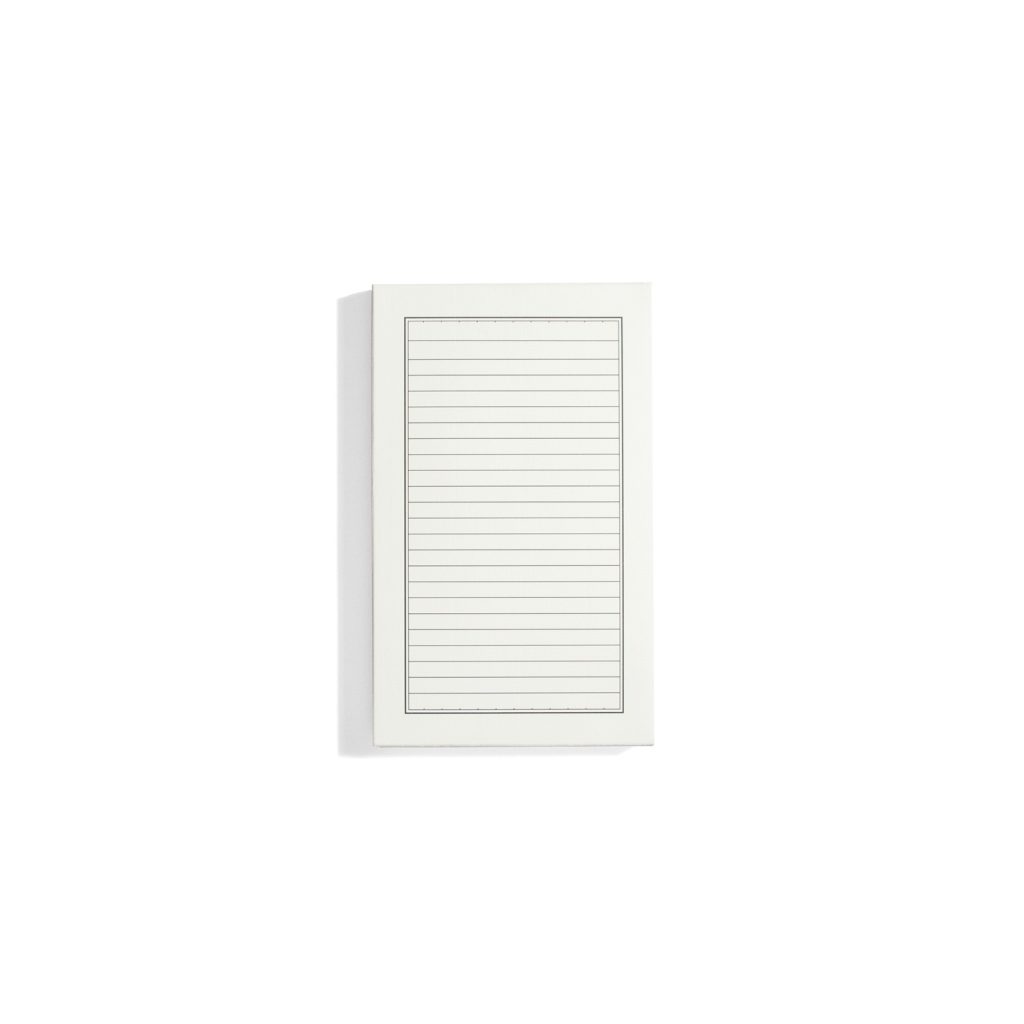 In South Korea, you can go to "prison" to relax. Sounds strange? Well, it is. You can get locked up in solitary confinement in a wellness centre designed like a prison. You lock out responsibilities, work, stress and emails and focus on your inner self. At least that's the concept. "The true prison is the world outside," says the founder of the jail-themed retreat.⁠ ⁠ For this weirdly fantastic book we want to present here, artist Tyler Coburn commissioned ten creatives to spend time in five square metres of solitude in this wellness centre - and write. They handed in their phones, exchanged their clothes for a uniform, took their rice porridge meals through a door slot and slept on the floor. ⁠ ⁠ During their time in this mock prison, they were guided in their writing by certain questions: How can the relaxation promised by Happitory be reconciled with the way solitary confinement works in real prisons? What kinds of thinking and writing are made possible by the restrictions - no books, no internet, only writing materials? How might the writing here relate to other texts produced in prison, such as those by Oscar Wilde, Antonio Gramsci, Kim Dae-jung, Shin Young-bok?⁠ ⁠ In its entirety, 'Solitary' is unique in that it is both a collection of texts and a collective artwork: an experiment in site-specific writing.⁠ Buy
Books, Culture & Society, fiction, literature, mental health, non-fiction, Review, social, society 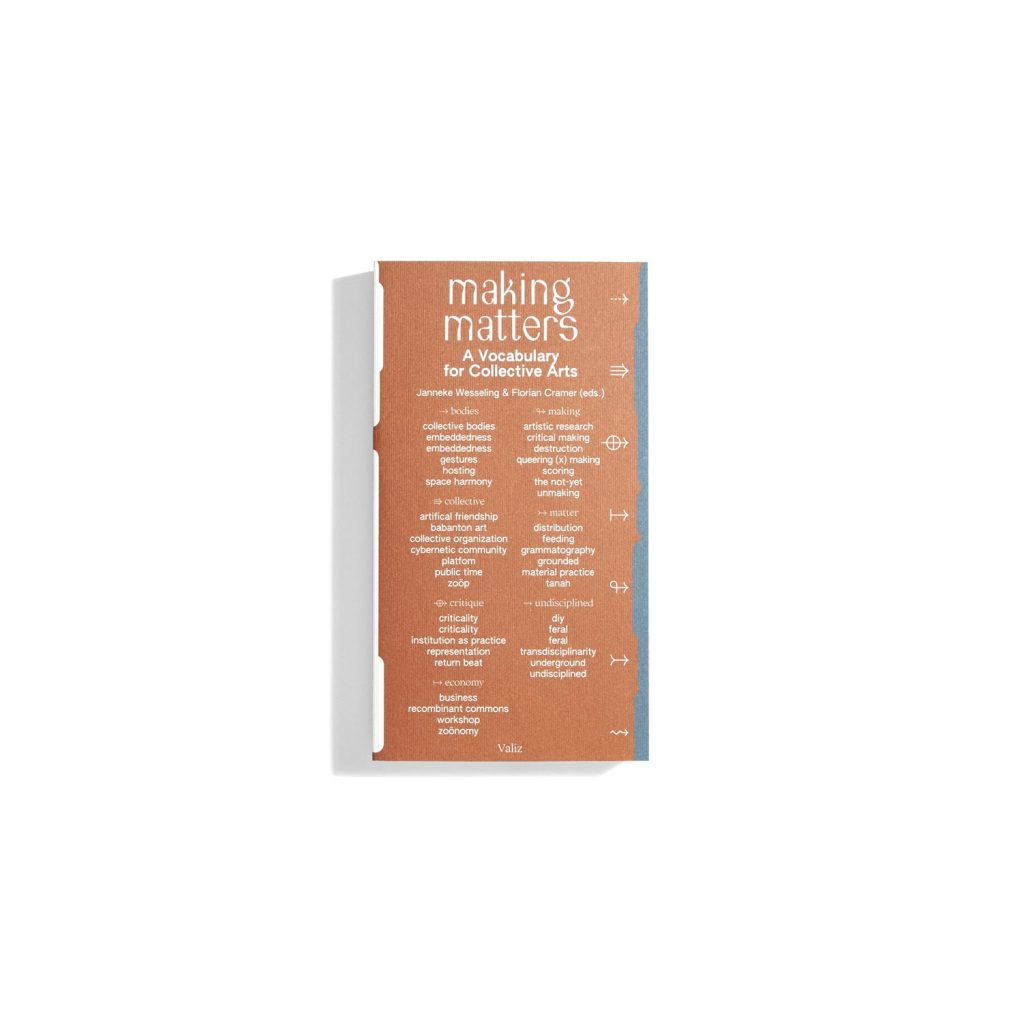 The world today faces overwhelming environmental and social problems. To combat, change and overcome these challenges, collective action is necessary and inevitable. This has led to new forms of collective art and design practices: Artists collaborate with non-artists, make products for their local environment and take on multiple identities such as researcher, community activist, computer hacker or business consultant.⁠ ⁠ The book "Making Matters" by the fantastic publisher Onomatopee looks at art practices on all continents where the boundaries between art, design, research and activism are blurring or dissolving. ⁠ Buy
Books, crafts, Design, ecology, feminism, history, materials, migration, politics, product design, Review, social, society, sustainability 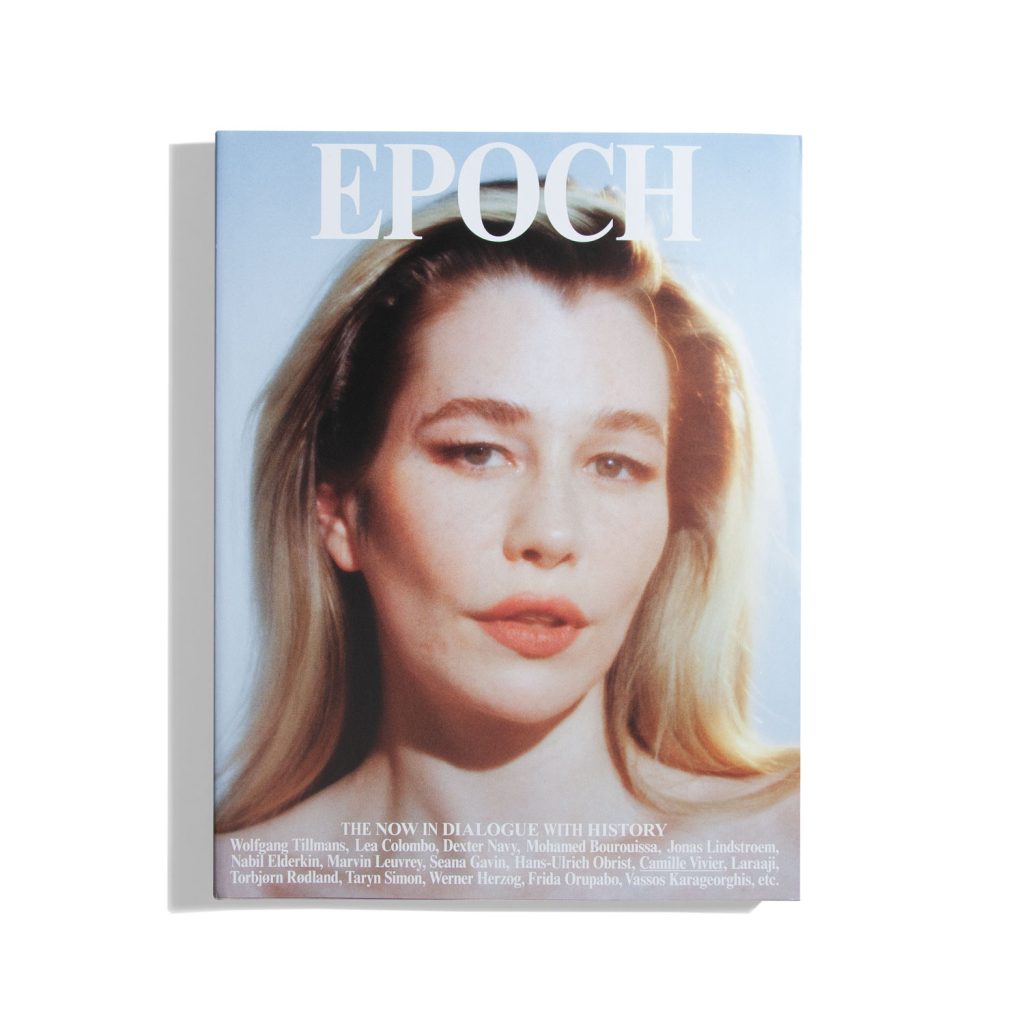 We find that magazines are either obsessed with the new or nostalgic for the past, but Epoch brings the two into conversation and shows how culture is connected to and can be repositioned through history.⁠ ⁠ The 400-page first issue is set somewhere between fiction, research and fantasy and explores a myriad of topics including archaeology, visual arts, science, anthropology, fashion, technology, music, architecture, psychology and language.⁠ ⁠ We are in love with Epoch and its transhistorical approach!⁠ Buy
culture, Culture & Society, history, Magazines, Photography, Review, society 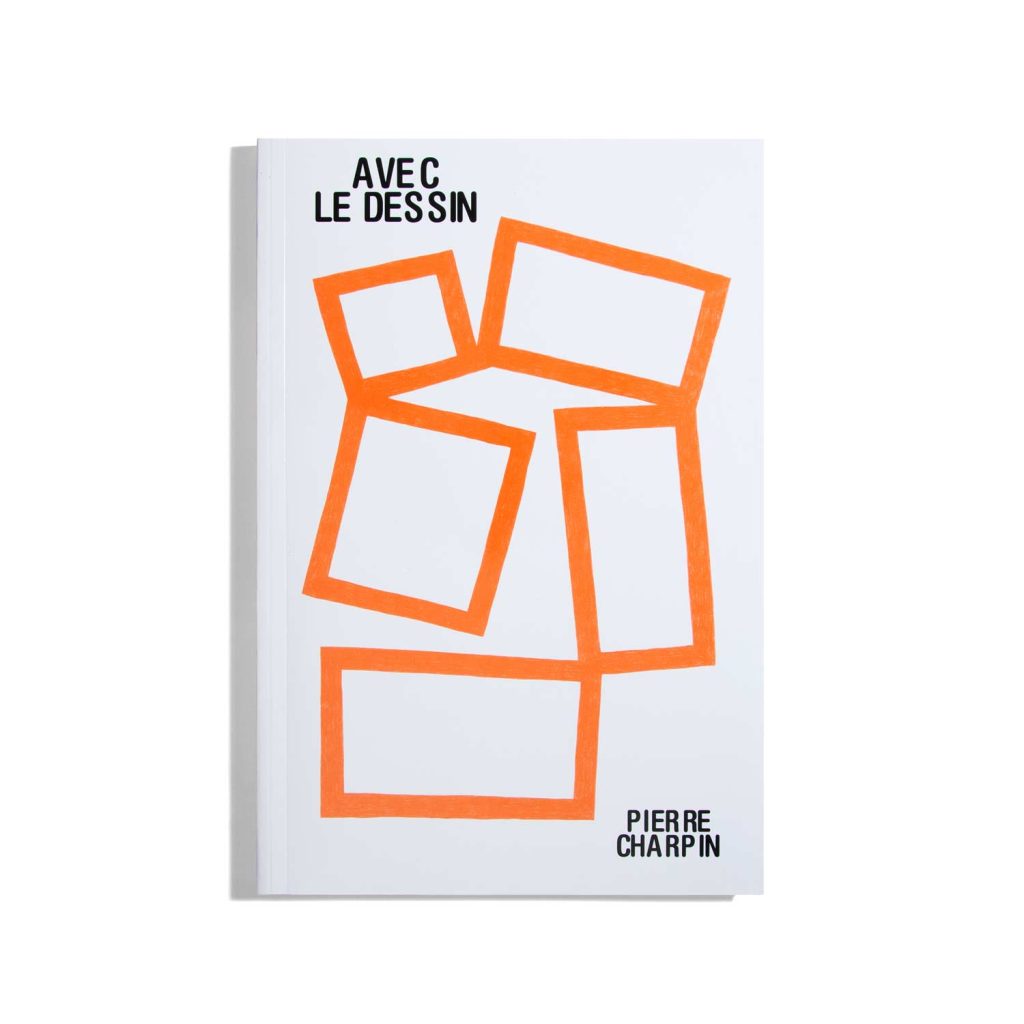 Pierre Charpin's new monograph does not show the product designer's objects but covers 17 years of his drawings!⁠ ⁠ French furniture designer Pierre Charpin's new book titled Avec le dessin takes a deep dive into his expansive visual oeuvre, exploring the many styles and approaches that he takes when drawing.⁠ ⁠ By adopting various techniques and tools, he develops forms, investigates structures and discovers colours and their combinations. But his enchanting lines, loops, ribbons and shapes are much more than just a tool for creating a product. They have the power to stand for themselves, giving us an insight into the designers mind.⁠ ⁠ "Like any child, I drew. Drawing comes before writing. A sort of original gesture, a primitive impulse, an imperative need to project tangible figures of one’s own experience and presence in the world outside oneself, for oneself, and for others”, Charpin writes in the introduction. But even though he grew up in a family of creatives, he was slow to assert real passion for any particular field – including that of drawing. It was only many years later, after entering the world of furniture and object design, that he would discover that drawing was a practice within itself.⁠ ⁠ Ranging from figurative to abstract and beyond, Avec le Dessin is a testament to the designer's versatility - and his "primitive impulse" to draw. Buy
artist books, Books, Design, drawing, illustration, interior design, Review